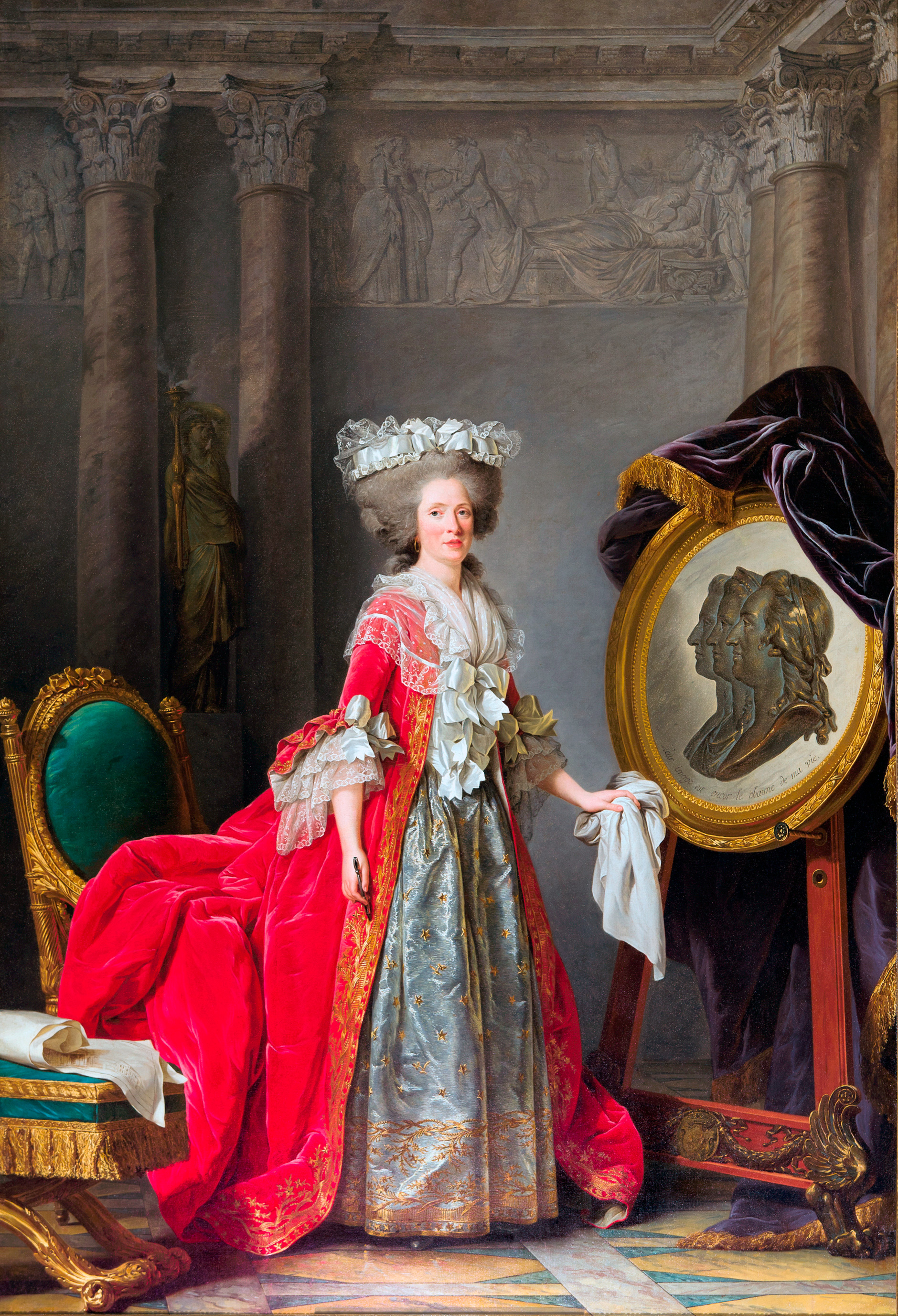 Meet Princess Marie Adélaïde, aunt of the French king Louis XVI. Marie Adélaïde recognized the power and dignity that Adélaïde Labille-Guiard brought to her portraiture, hiring her to paint the women of the French court for a pension of 1000 livres. Marie Adélaïde was 38 when she created this grand portrait of the princess, one of the largest and most ambitious of her career.

In two short years, the French Revolution violently dismantled the monarchy, leaving Marie Adélaïde a suspected royalist for her connections to the court. Maybe she was a royalist, or maybe she was a savvy businesswoman looking to make a living.

Portrait of a Woman

Study of a Seated Woman Seen from Behind

Self-portrait in a Straw Hat

The Dream of the Architect

The Death of Socrates

Lake by Moonlight with Castle on Hill

Portrait of a Woman