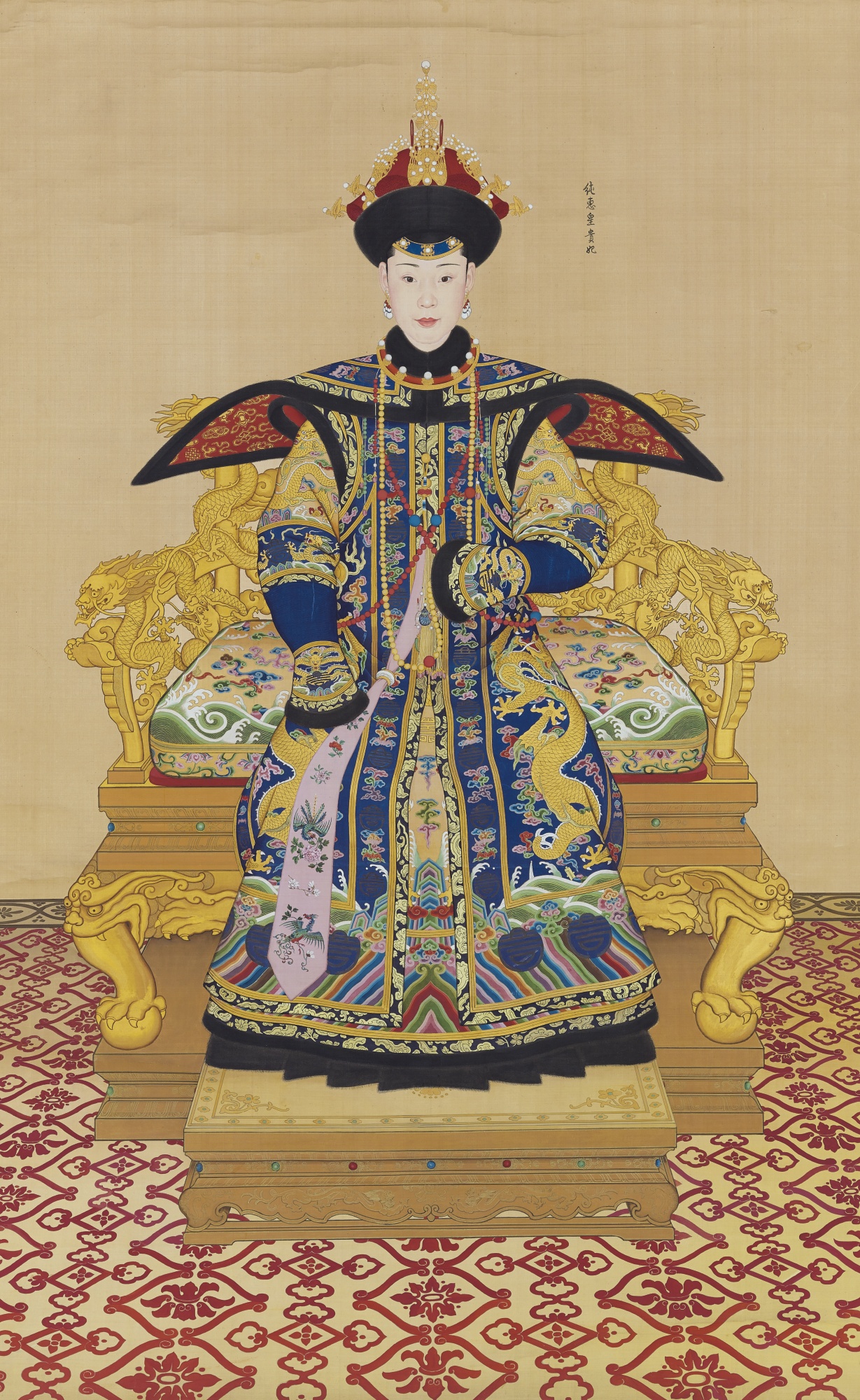 As was customary with portraits of the emperor and his consorts, there is no signature or artist seal on this portrait—the opportunity to paint royalty was considered honor enough. But differences in style from traditional Chinese court painting mark this as a work by Giuseppe Castiglione, the Jesuit missionary who painted in the court of Emperor Qianlong. The only inscription on the work is in a delicate script by the consort’s head, reading Consort Chunhui, an honorific applied by the emperor’s own hand after her death. Chunhui had been with the emperor for 23 years.

Velvet Textile for a Dragon Robe

The muscles of the shoulder