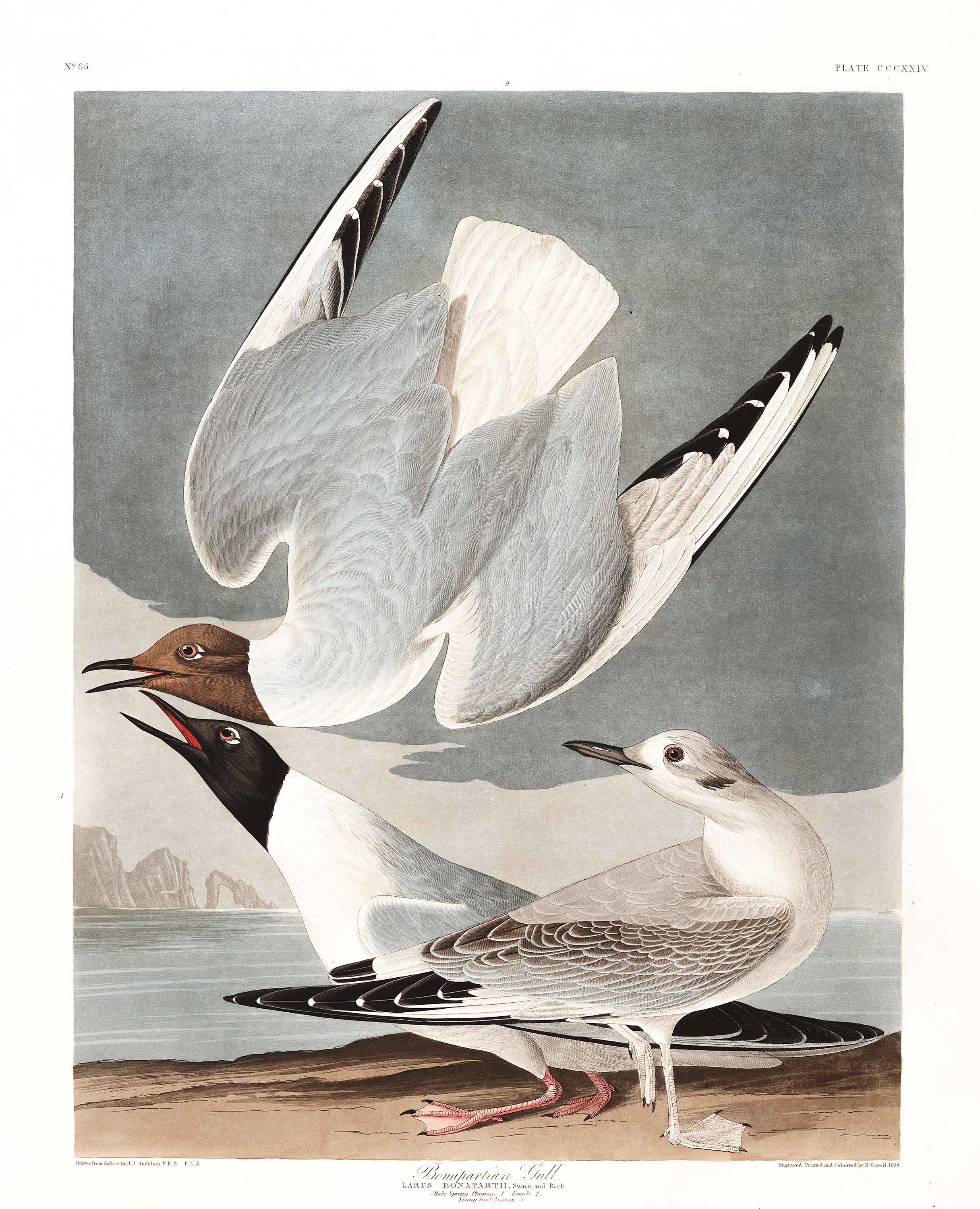 Bonapartian Gull is an Enlightenment Engraving Print created by John James Audubon from 1827 to 1838. It lives at the Watkinson Library, Trinity College in the United States. The image is in the Public Domain, and tagged Birds. SourceDownloadSee Bonapartian Gull in the Kaleidoscope

“My first acquaintance with this species took place whilst I was at Cincinnati, in the beginning of August 1819. I was crossing the Ohio, along with Mr. ROBERT BEST, then curator of the Cincinnati Museum, for the purpose of visiting the Cliff Swallows which had taken up their abode on the walls of the garrison on the Kentucky side, when we observed two Gulls sweeping gracefully over the tranquil waters. Now they would alight side by side, as if intent on holding a close conversation; then they would rise on wing and range about, looking downwards with sidelong glances, searching for small fishes, or perhaps eyeing the bits of garbage that floated on the surface. We watched them for nearly half an hour, and having learned something of their manners, shot one, which happened to be a female. On her dropping, her mate almost immediately alighted beside her, and was shot. There, side by side, as in life, so in death, floated the lovely birds. One, having a dark bluish nearly black head, was found to be the male; the other, with a brown head, was a female. On the 12th of November, 1820, I shot one a few miles below the mouth of the Arkansas, on the Mississippi, which corresponded in all respects with the male just mentioned.”

Hemisphere of the Old World