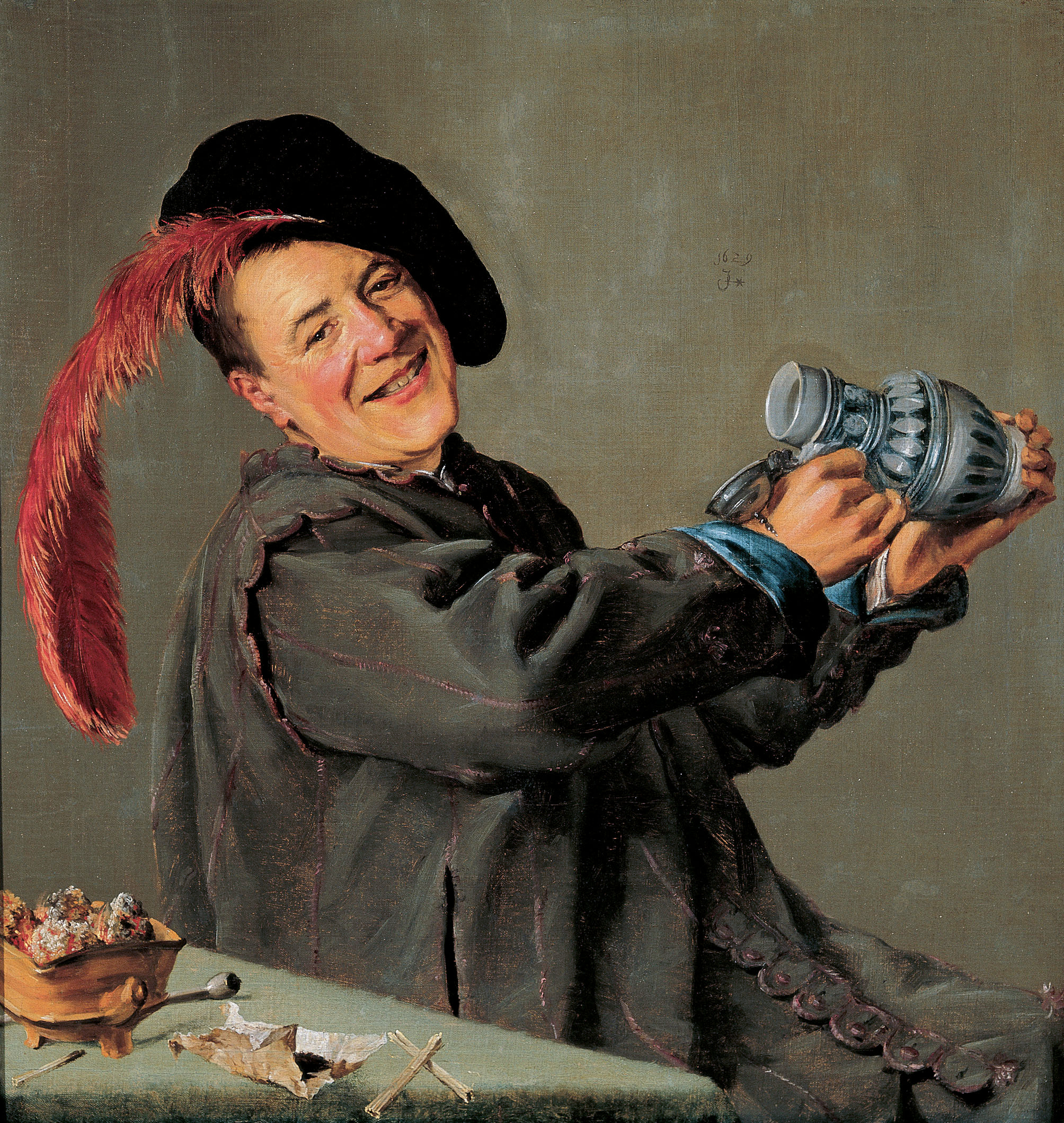 Jolly Toper is a Northern Renaissance Oil on Canvas Painting created by Judith Leyster in 1629. It lives at the Frans Hals Museum in Netherlands. The image is in the Public Domain, and tagged Hats & Headwear, Drinking and Tronie. DownloadSee Jolly Toper in the Kaleidoscope

To the modern eye, Judith Leyster’s Jolly Toper is a strange painting. While Leyster painted many happy people at the bottle, this jovial fellow stands out. His face is enlarged and knowing, a caricature with tiny arms, an inside joke. And sure enough, in the Netherlands, in the 17th century, he was a joke. Jolly Toper was better known as Peeckelhaeringh, Dutch for ‘Pickled Herring'. Peeckelhaeringh was an immensely popular jester character, whose drunken antics were the themes of comedy plays. The Toper’s gesture, raising his jug to show that his drink is empty, was called a Kannenkijker, or ‘Jug-Looker'—a symbol that the show was over, time to go home and sleep it off.

The Garden of Earthly Delights - Closed

Rest on the Flight to Egypt

The Martyrdom of Saint Serapion

The Triumph of Bacchus

The Vision of Saint Peter Nolasco