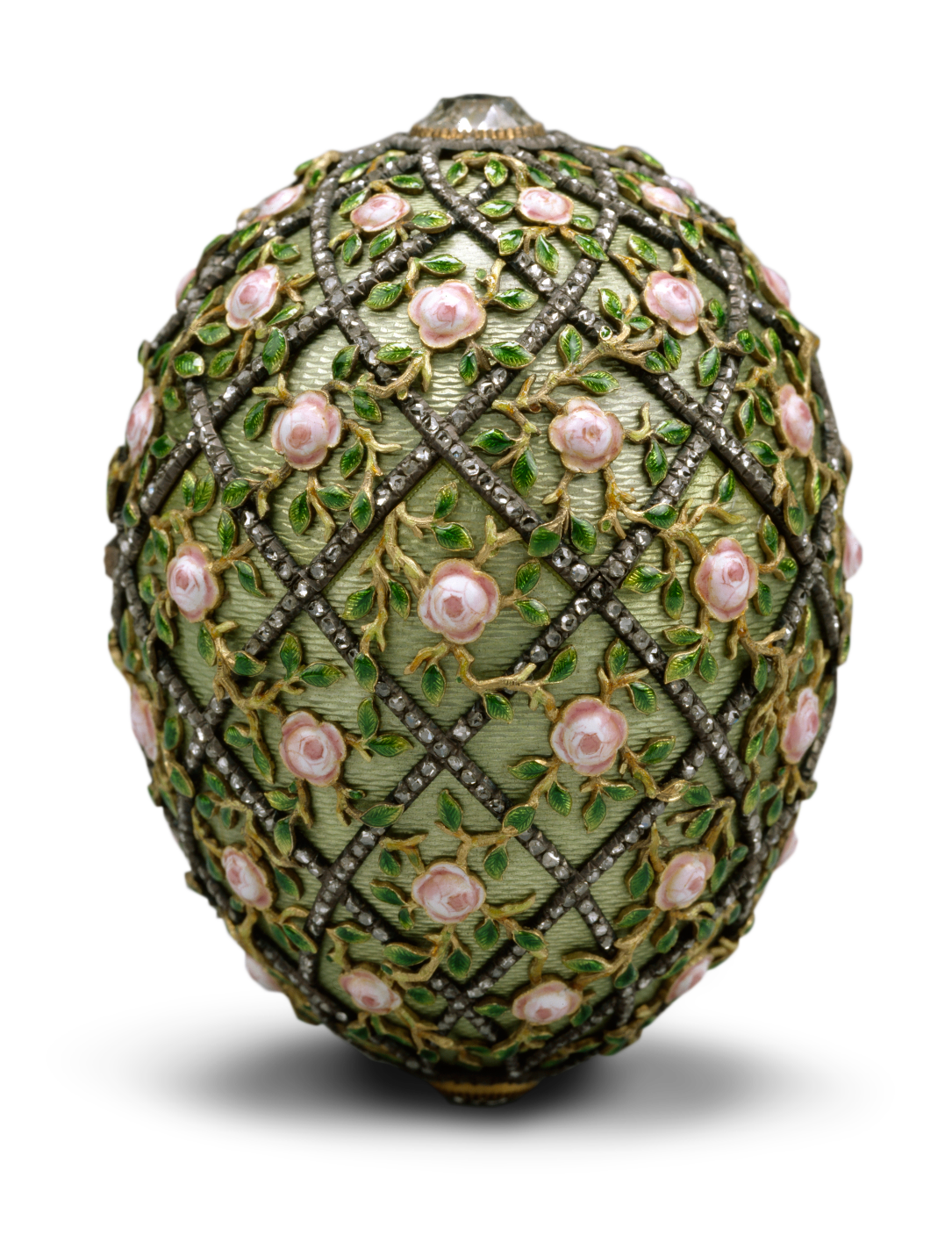 How much would a Fabergé egg cost today? Peter Carl Fabergé charged Tsar Nicholas the Second 8300 rubles for the Rose Trellis Egg in 1907, roughly a half a million US dollars today. The Rose Trellis Egg was a gift from Tsar Nicholas II to his wife, Alexandra Fedorovna commemorating the birth of their son. This was the first Imperial Easter egg that Peter Carl Fabergé made for the Tsar since the Russo-Japanese War in 1904. Each of Fabergé’s Imperial eggs contained a surprise, to delight the tsarevich. This egg hid a diamond necklace and an ivory miniature portrait of Alexandra Fedorovna framed in diamonds—unfortunately, these items are now lost.