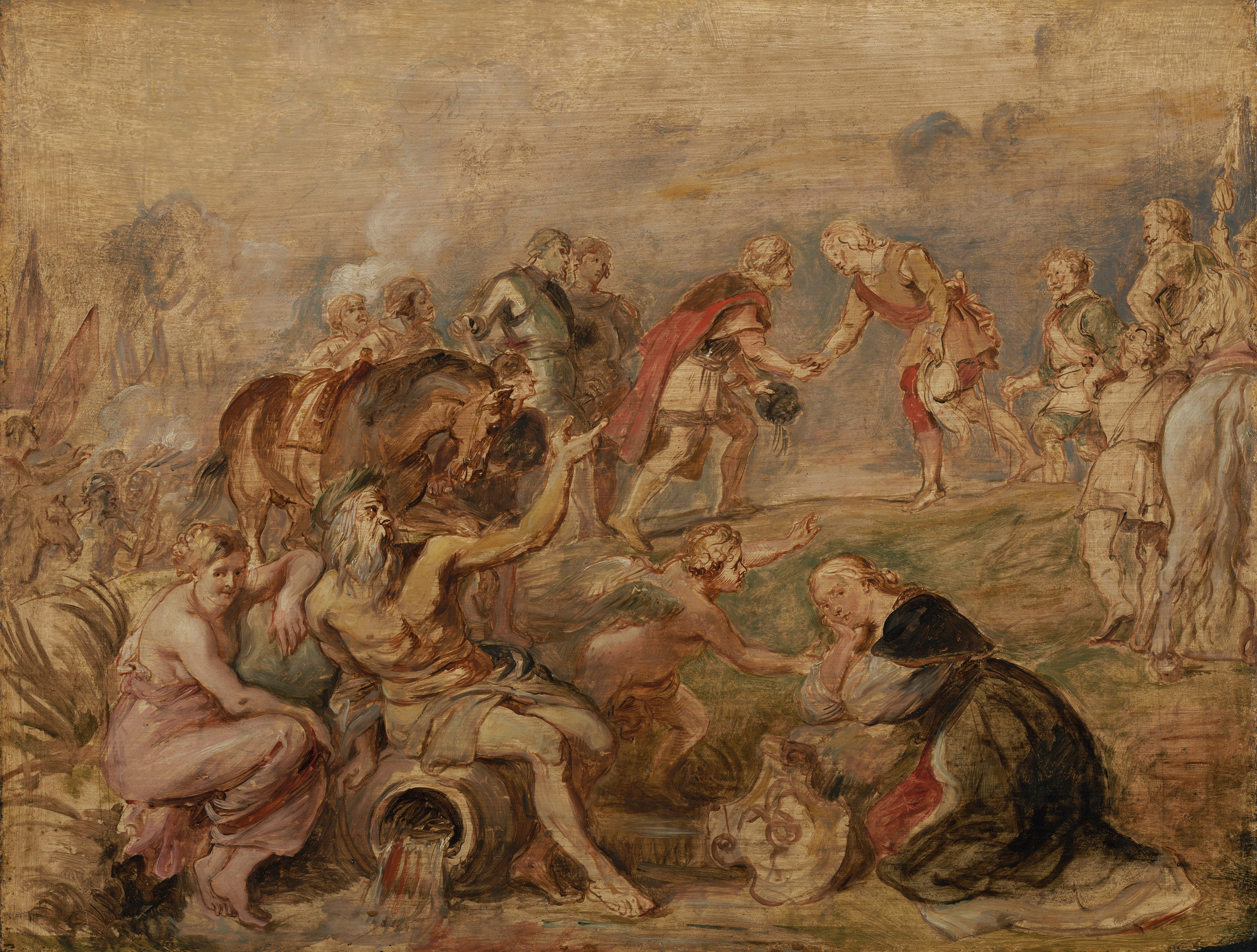 On September 2, 1634, King Ferdinand III of Hungary and the Cardinal-Infante Ferdinand met at Nördlingen on the Danube River. Days later the two Catholic rulers combined their armies to fight the Protestants (they won). Rubens painted this grisaille as a sketch for the Stage of Welcome, a ceremonial arch for a festival coronation in Antwerp.

The Wolf and Fox Hunt

Sketch for The Lion Hunt

Moses and the Brazen Serpent

The Halt during the Chase

To The Adi Buddha

A Boy and a Girl with a Cat and an Eel

The Birth of Saint John the Baptist