Dining Room on the Garden 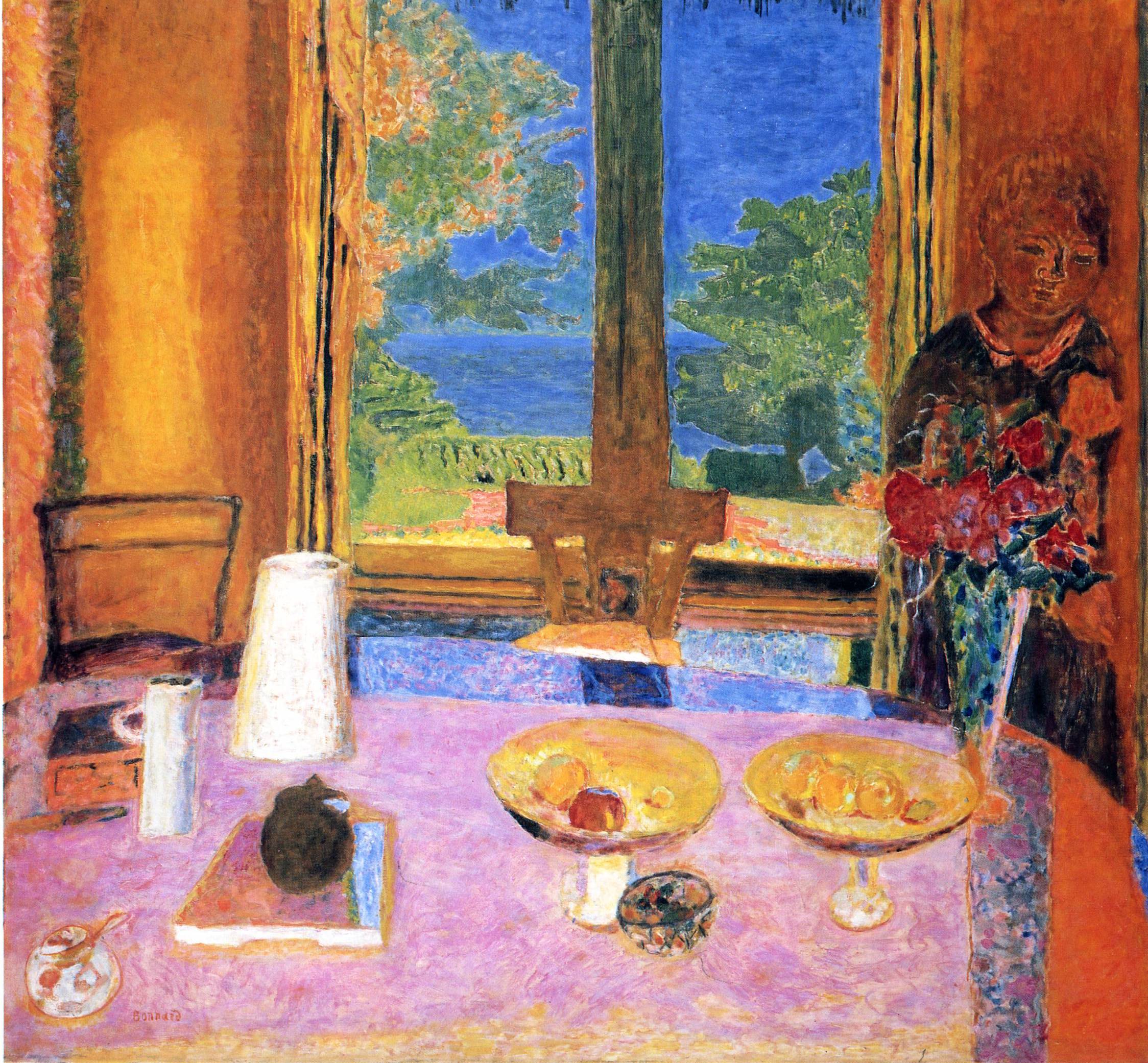 Pierre Bonnard painted 60 dining-room scenes in the two decades before his death in 1947, and they are a strange, discomforting collection. Early in his career, Bonnard painted with a group of artists called Les Nabis, or the prophets who explored a liminal world that blended fauvist color with the symbolist fascination with ancient cultic religion and metaphor. While Les Nabis disbanded in 1900 after their last show at the avant-garde Galerie Vollard, a thread of dreamlike instability wound itself through Bonnard’s entire career.

Let’s get formal. Dining Room on the Garden features a table, set with fruit dishes, pitchers, and a vase of flowers. A window opens the composition to a landscape with trees overlooking a wide body of water. A woman in a collared dress surveys the scene. And yet, nearly every aspect of this composition, which could easily describe a multitude of western domestic scenes, Bonnard inverts in some weird, uncomfortable way.

Bonnard’s brushstrokes are messy and irregular, like he scratched a dry brush around the image. The colors are spectacularly surreal, with a neon purple tablecloth, glowing gold walls and an ominously dark blue sky. The entire composition is just off a one-point perspective. Picture a Wes Anderson camera angle but off by five degrees. And most worrying is our figure. Usually a human being acts as the focus of an artwork, but this woman disappears, her face almost entirely blending into the background. She’s a ghost.

What were you up to Mr. Bonnard?