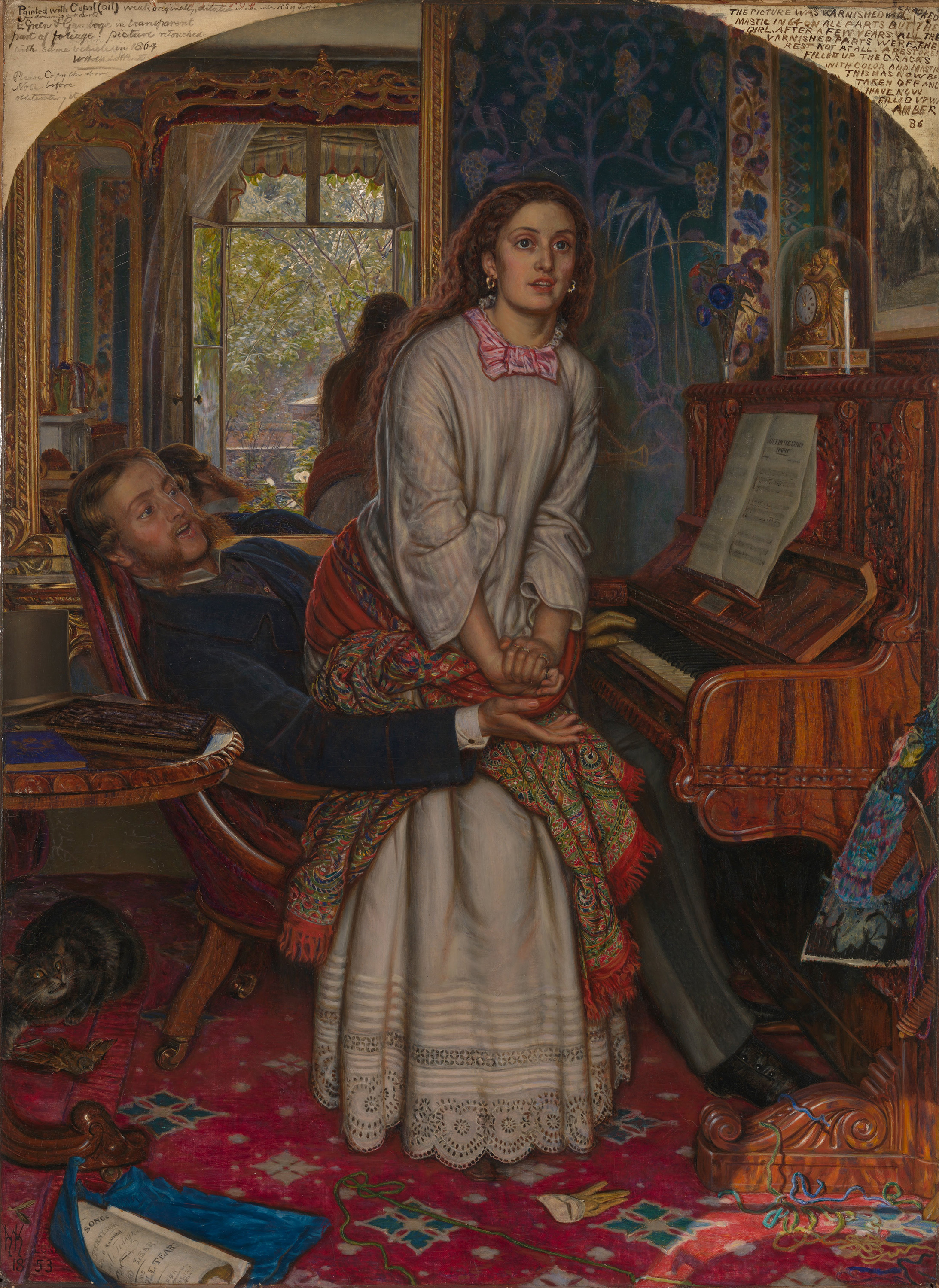 Inspired by a verse in Proverbs: 'As he that taketh away a garment in cold weather, so is he that singeth songs to a heavy heart'—this work drips with symbols meant to be ‘read’ to tell a story. In typical didactic fashion, William Holman Hunt builds a scene around a kept woman, a mistress, who is interrupted in mid-tryst by a spiritual revelation. She rises and looks toward the window, a mirror behind her represents both lost innocence and possible redemption. A cat toying with a bird, and a tangled skein of yarn represent entrapped life the woman’s sinful decisions have led her to. The man’s discarded glove foretells her fate should she continue.

Hunt’s girlfriend, the 15 year old Annie Miller, was the model for this painting. Annie modeled for many Pre Raphaelite paintings, was rumored to have an affair with Dante Rossetti, and later became involved with the infamous rake and long-title-haver, Lieutenant-Colonel Thomas Jones 7th Viscount Ranelagh of the Most Honourable Order of the Bath.

The Flight of Madeline and Porphyro

Portrait of a Physician

The Embarkation of the Queen of Sheba

Tamatori escaping from the Dragon King

The Palace of the Dragon King