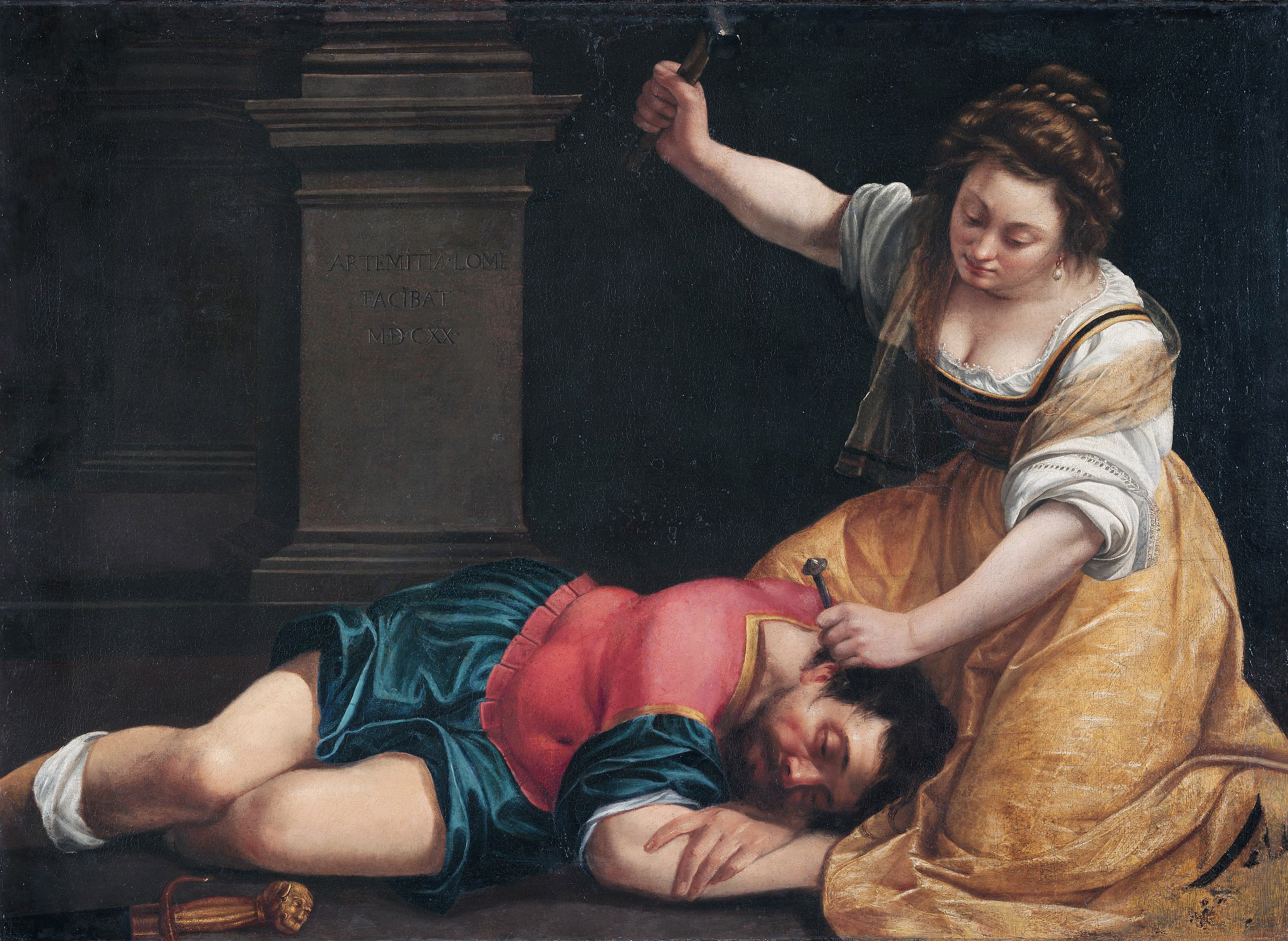 Jael and Sisera is a Baroque Oil on Canvas Painting created by Artemisia Gentileschi in 1620. It lives at the Museum of Fine Arts, Budapest in Hungary. The image is in the Public Domain, and tagged Christian Stories. SourceDownloadSee Jael and Sisera in the Kaleidoscope

Artemisia Gentileschi was raped by her tutor when she was seventeen. Her rapist was put on trial and sentanced to a year in prison, though in the end he did no time. Biblical stories like those of Jael and Sisera were common subjects in Gentileschi’s day, but she had a personal motivation to seek out the biblical stories of females dolling out justice to wicked men.

Sisera, meanwhile, fled on foot to the tent of Jael, the wife of Heber the Kenite, because there was an alliance between Jabin king of Hazor and the family of Heber the Kenite. Jael went out to meet Sisera and said to him, “Come, my lord, come right in. Don’t be afraid.” So he entered her tent, and she covered him with a blanket. “I’m thirsty,” he said. “Please give me some water.” She opened a skin of milk, gave him a drink, and covered him up. “Stand in the doorway of the tent,” he told her. “If someone comes by and asks you, ‘Is anyone in there?’ say ‘No.’” But Jael, Heber’s wife, picked up a tent peg and a hammer and went quietly to him while he lay fast asleep, exhausted. She drove the peg through his temple into the ground, and he died. Just then Barak came by in pursuit of Sisera, and Jael went out to meet him. “Come,” she said, “I will show you the man you’re looking for.” So he went in with her, and there lay Sisera with the tent peg through his temple—dead.

The Birth of Saint John the Baptist

Self-portrait as a Female Martyr

Woman with a Lute

The Martyrdom of Saint Lucy

Young Girls by the Seaside

The House of the Magician

The Head of an Old Man