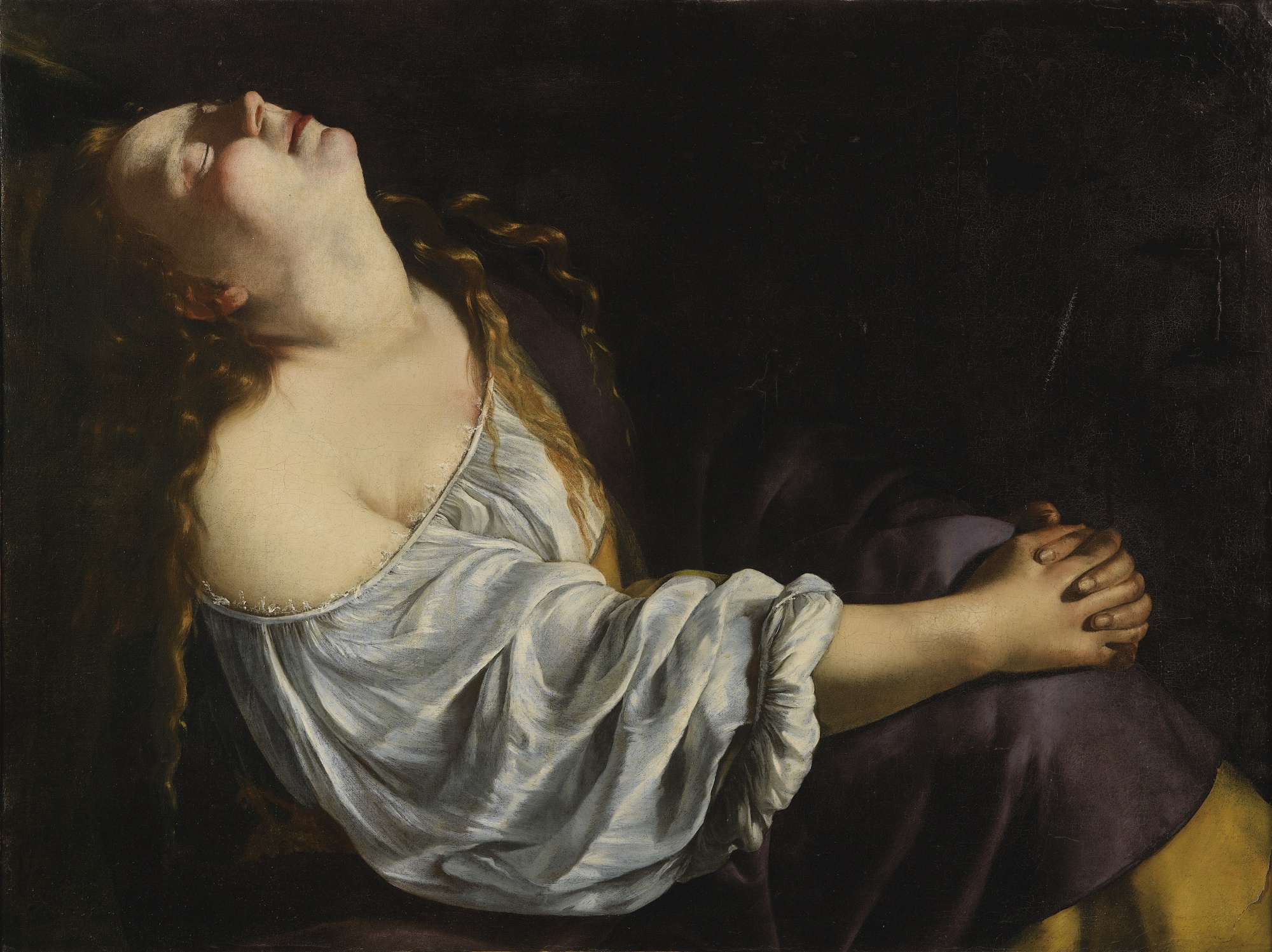 Mary Magdalene is a Baroque Oil on Canvas Painting created by Artemisia Gentileschi from 1613 to 1620. It lives in a private collection. The image is in the Public Domain, and tagged Mary Magdalene. SourceDownloadSee Mary Magdalene in the Kaleidoscope

Mary Magdalene by Artemisia Gentileschi was lost for generations, buried in a private collection in the south of France and only known from a single black and white photograph. It’s assumed to have been painted between 1613 and 1620, when the Artemisia was between 20 and 27 years old. During this time she left her father’s studio after a rushed marriage to Pietro Antonio di Vincenzo Stiattesi, and moved with Pietro to Florence from Rome. Magdalene could be one of her earliest works in her new home.

Judith and her Maidservant

Judith and Her Maidservant with the Head of Holofernes

The Martyrdom of Saint Matthew

The Sacrifice of Isaac

The Return of the Prodigal Son

The Head of an Old Man