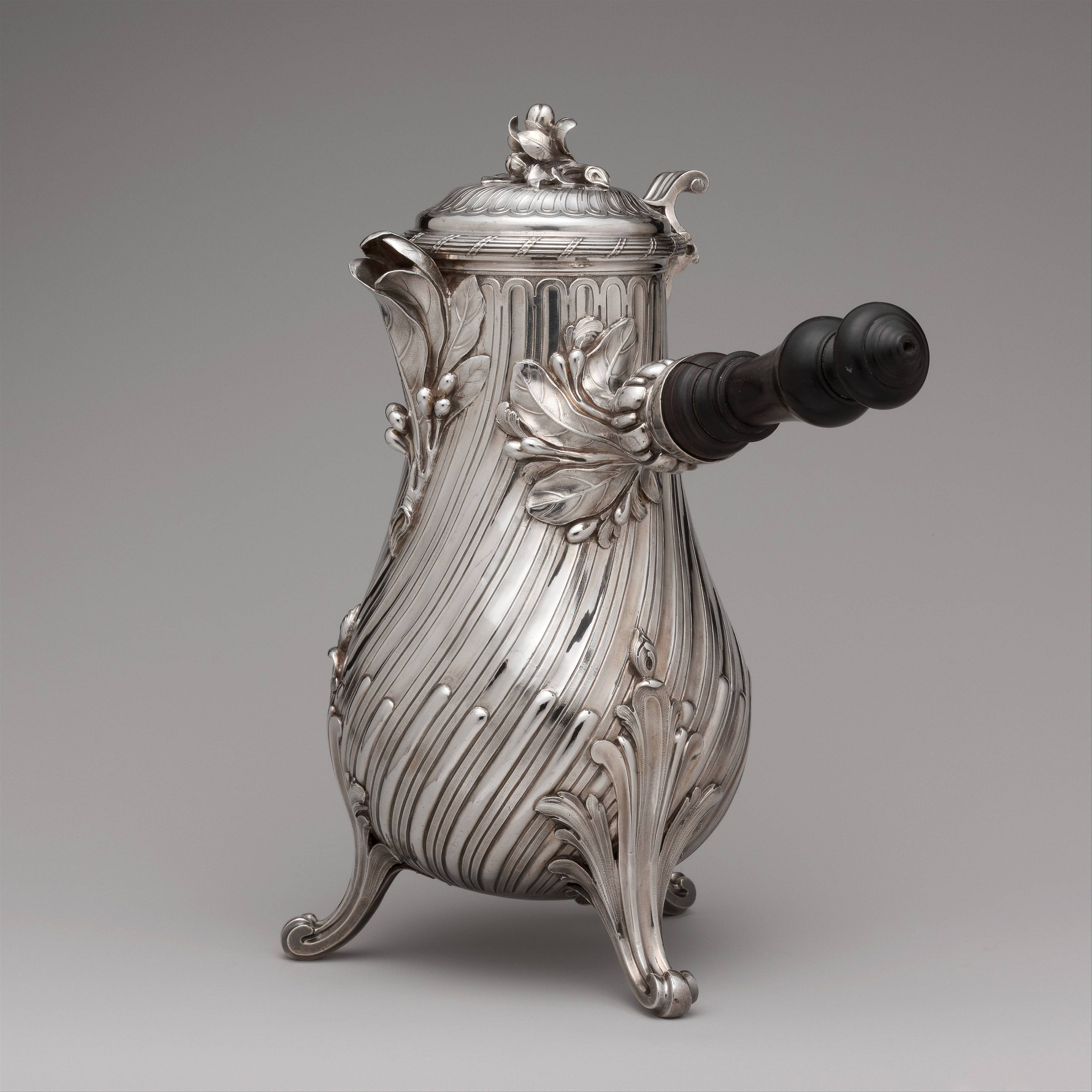 Coffee pot is a Rococo Wood and Silver artwork created by François-Thomas Germain in 1757. It lives at the Metropolitan Museum of Art in New York. The image is in the Public Domain, and tagged Vessels and Decorative Artwork. SourceDownloadSee Coffee pot in the Kaleidoscope

This coffee pot represents one of the most original and successful designs found in all of eighteenth-century French silver. The spiraling channels that form the body create a sense of dynamic movement, and the spout and handle base are formed of coffee leaves and berries that elegantly reflect the intended function of the pot.

Germain, son of the famous silversmith Thomas Germain, was one of the most fashionable silversmiths in Paris in the second half of the eighteenth century, and his large workshop supplied important services to the French and Russian courts, in addition to that of Portugal.

Landscape with Shepherds and Flock of Sheep

The Death of Hyacinth