The Woman with a Hat 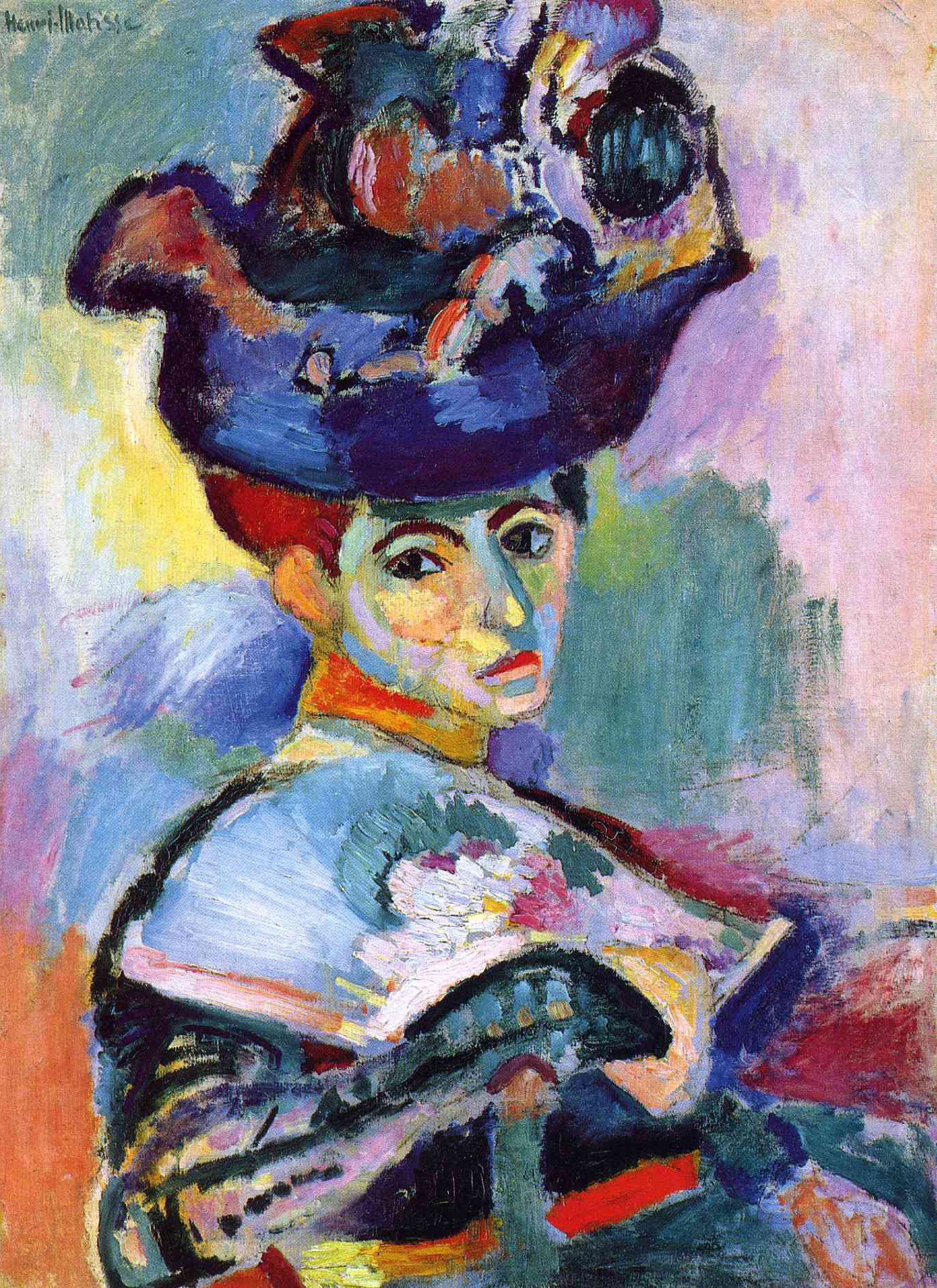 The Woman with a Hat is a Fauvist Oil on Canvas Painting created by Henri Matisse in 1905. It lives at the San Francisco Museum of Modern Art in the United States. The image is © Succession H. Matisse / ARS, New York, and used according to Educational Fair Use, and tagged Portraits. SourceSee The Woman with a Hat in the Kaleidoscope

Beauty and the Fauve.

First exhibited at the 1905 Salon d'Automne in Paris, this work was at the center of the controversy that led to the christening of the first modern art movement of the twentieth century: Fauvism. The term fauve, ‘wild beast,’ coined by an art critic, became forever associated with the artists who exhibited their brightly colored canvases in the central gallery (dubbed the cage centrale) of the Grand Palais. Femme au chapeau marked a stylistic change from the regulated brushstrokes of Matisse’s earlier work to a more expressive individual style. His use of non-naturalistic colors and loose brushwork, contributed to a sketchy or unfinished quality, seemed shocking to the viewers of the day.

The artist’s wife, Amélie, posed for this half-length portrait. She is depicted in an elaborate outfit with classic attributes of the French bourgeoisie: a gloved arm holding a fan and an elaborate hat perched atop her head. Her costume’s vibrant hues are purely expressive, however; when asked about the hue of the dress Madame Matisse was actually wearing when she posed for the portrait, the artist allegedly replied, “Black, of course.”

Promenade among the Olive Trees

Isaac With A Pipe

Woman Leaning on Her Hands