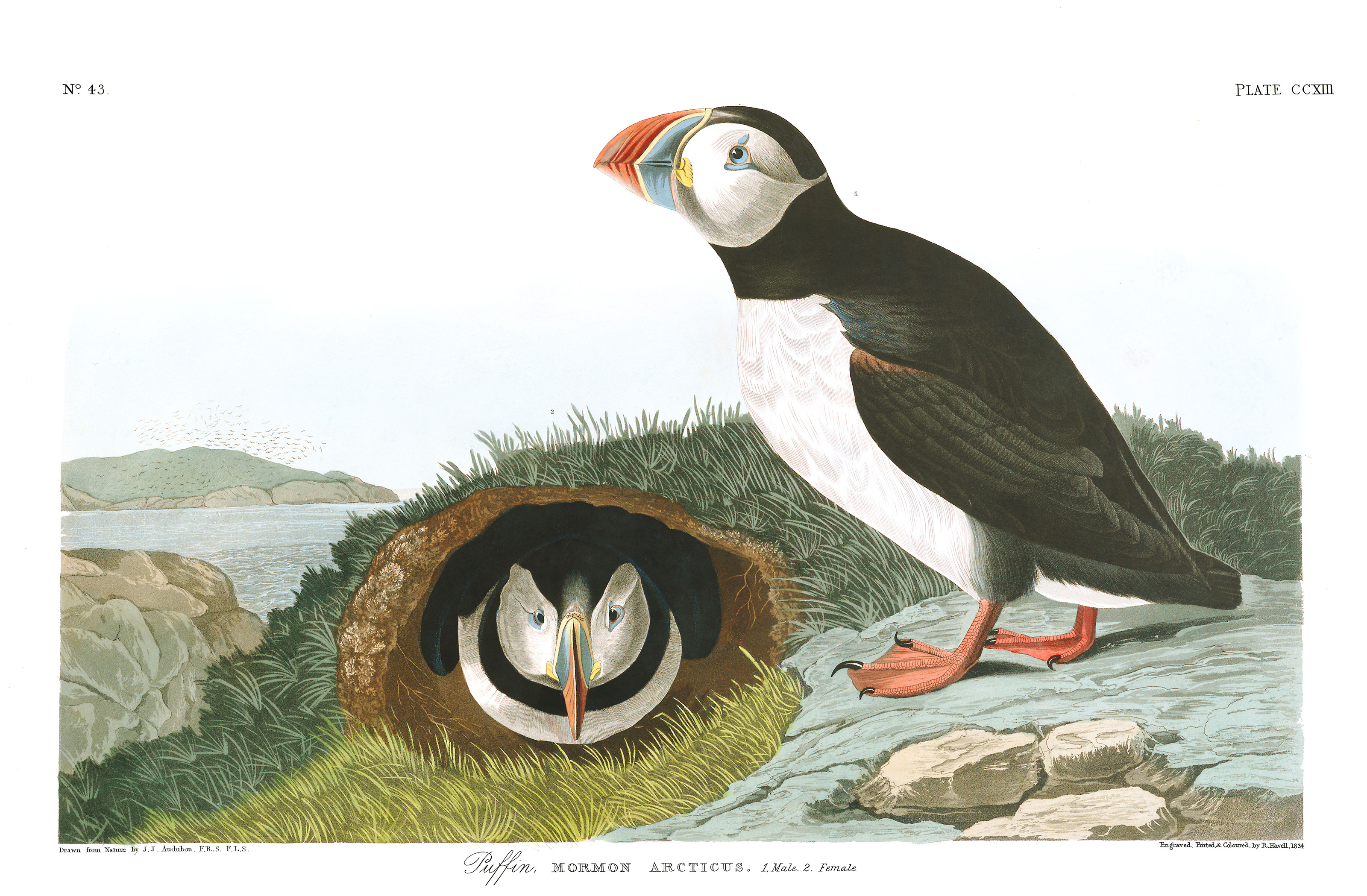 Puffin is an Enlightenment Engraving Print created by John James Audubon from 1827 to 1838. It lives at the Watkinson Library, Trinity College in the United States. The image is in the Public Domain, and tagged Birds. SourceDownloadSee Puffin in the Kaleidoscope

“After, securing the boat, we reached with a few steps the green sward, and directly before us found abundance of Puffins. Some already alarmed flew past us with the speed of an arrow, others stood erect at the entrance of their burrows, while some more timid withdrew within their holes as we advanced towards them. In the course of half an hour we obtained a good number. The poor things seemed not at all aware of the effect of guns, for they would fly straight towards us as often as in any other direction; but after awhile they became more knowing, and avoided us with more care. We procured some eggs, and as no young ones were yet to be found, we went off satisfied. The soil was so light, and so easily dug, that many of the burrows extended to the depth of five or six feet, although not more than a few inches below the surface, and some of the poor birds underwent a temporary imprisonment in consequence of the ground giving way under our weight. The whole island was perforated like a rabbit-warren, and every hole had its entrance placed due south, a circumstance which allowed the birds to emerge in our sight almost all at once, presenting a spectacle highly gratifying to us all. Our visit to this island took place on the 28th of June, 1833.”