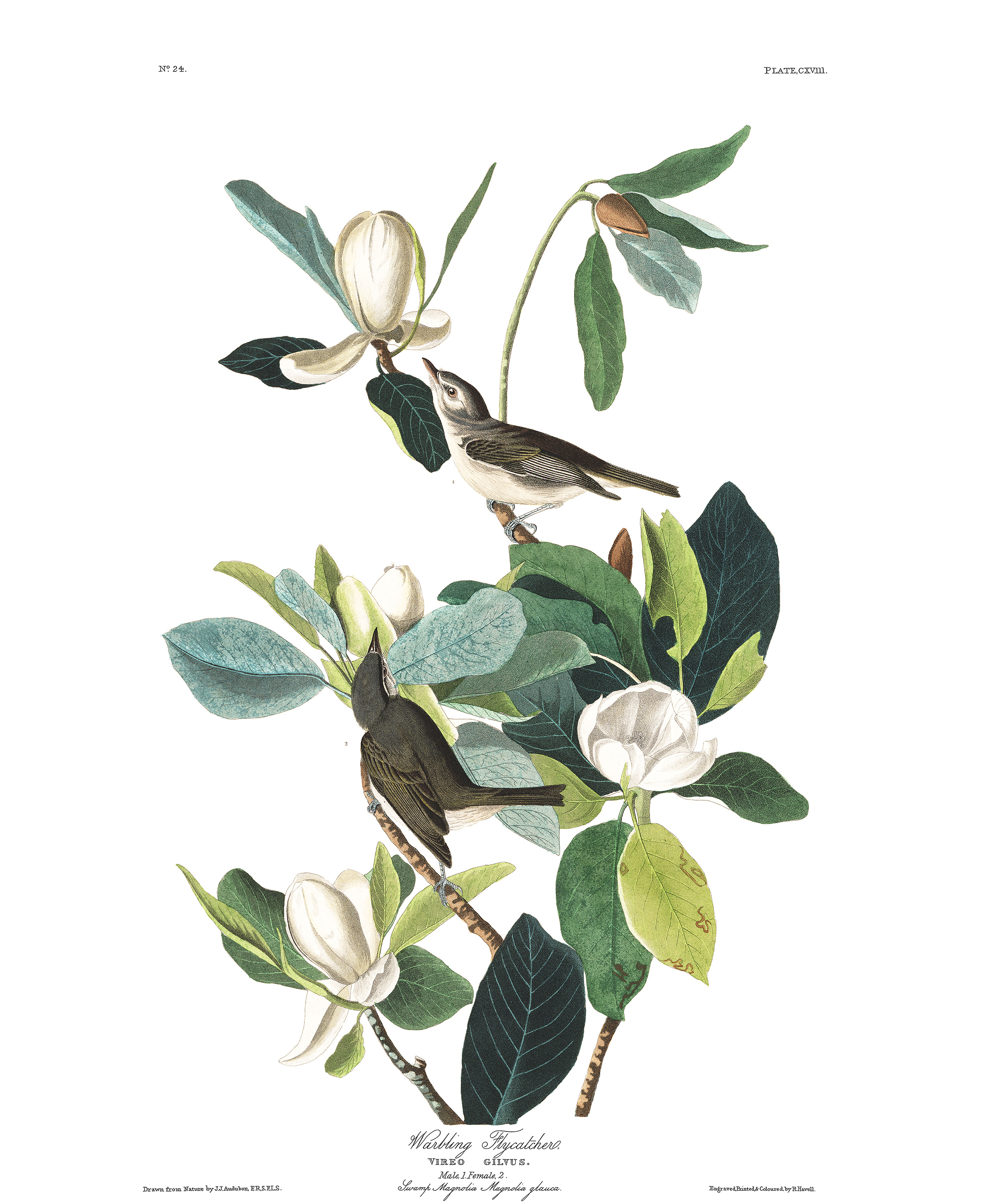 Warbling Flycatcher is an Enlightenment Engraving Print created by John James Audubon from 1827 to 1838. It lives at the Watkinson Library, Trinity College in the United States. The image is in the Public Domain, and tagged Birds. SourceDownloadSee Warbling Flycatcher in the Kaleidoscope

“No name could have been imposed upon this species with more propriety than that of the Warbling Vireo. The male sings from morning to night, so sweetly, so tenderly, with so much mellowness and softness of tone, and yet with notes so low, that one might think he sings only for his beloved, without the least desire to attract the attention of rivals. In this he differs greatly from most other birds. Even its chiding notes--tsche, tsche, were low and unobtruding. The nestlings uttered a lisping sound, not unlike that of a young mouse. The only time I saw the old birds ruffled, was on discovering a brown lizard ascending their tree. They attacked it courageously, indeed furiously, and although I did not see them strike it, compelled it to leave the place.”

Hemisphere of the Old World

The Revolution of the Sun around the Earth