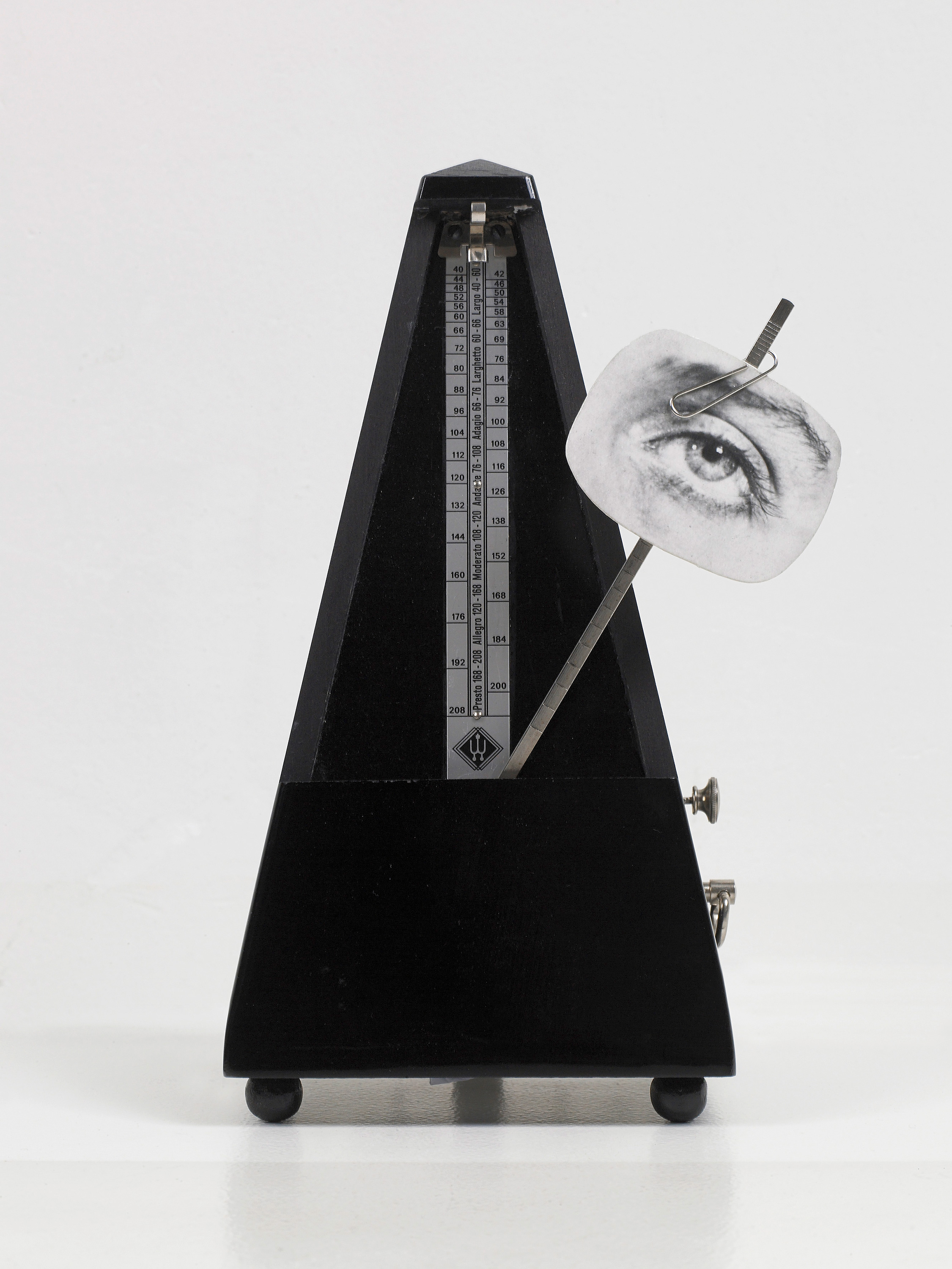 Man Ray’s celebrated combination of a metronome with a photograph of an eye affixed with a paperclip to the swinging arm was first created in 1922-3 and titled Object to be Destroyed. As Man Ray later explained: “I had a metronome in my place which I set going when I painted - like the pianist sets it going when he starts playing - its ticking noise regulated the frequency and number of my brushstrokes. The faster it went, the faster I painted; and if the metronome stopped then I knew I had painted too long, I was repeating myself, my painting was no good and I would destroy it. A painter needs an audience, so I also clipped a photo of an eye to the metronome’s swinging arm to create the illusion of being watched as I painted. One day I did not accept the metronome’s verdict, the silence was unbearable and since I had called it, with a certain premonition, Object of Destruction, I smashed it to pieces.”

In 1933 Man Ray remade the sculpture featuring Lee Miller’s eye, Miller was a model, photographer, and had been Man Ray’s lover for three years, but had left him the year before. Man Ray wrote instructions for the creation of the object this time titled Lost Object: “Cut out the eye from a photograph of one who has been loved but is seen no more. Attach the eye to the pendulum of a metronome and regulate the weight to suit the tempo desired. Keep doing to the limit of endurance. With a hammer well-aimed, try to destroy the whole at a single blow.”

In 1958 Man Ray remade the object again with the title Indestructible Object.

To Be Looked At