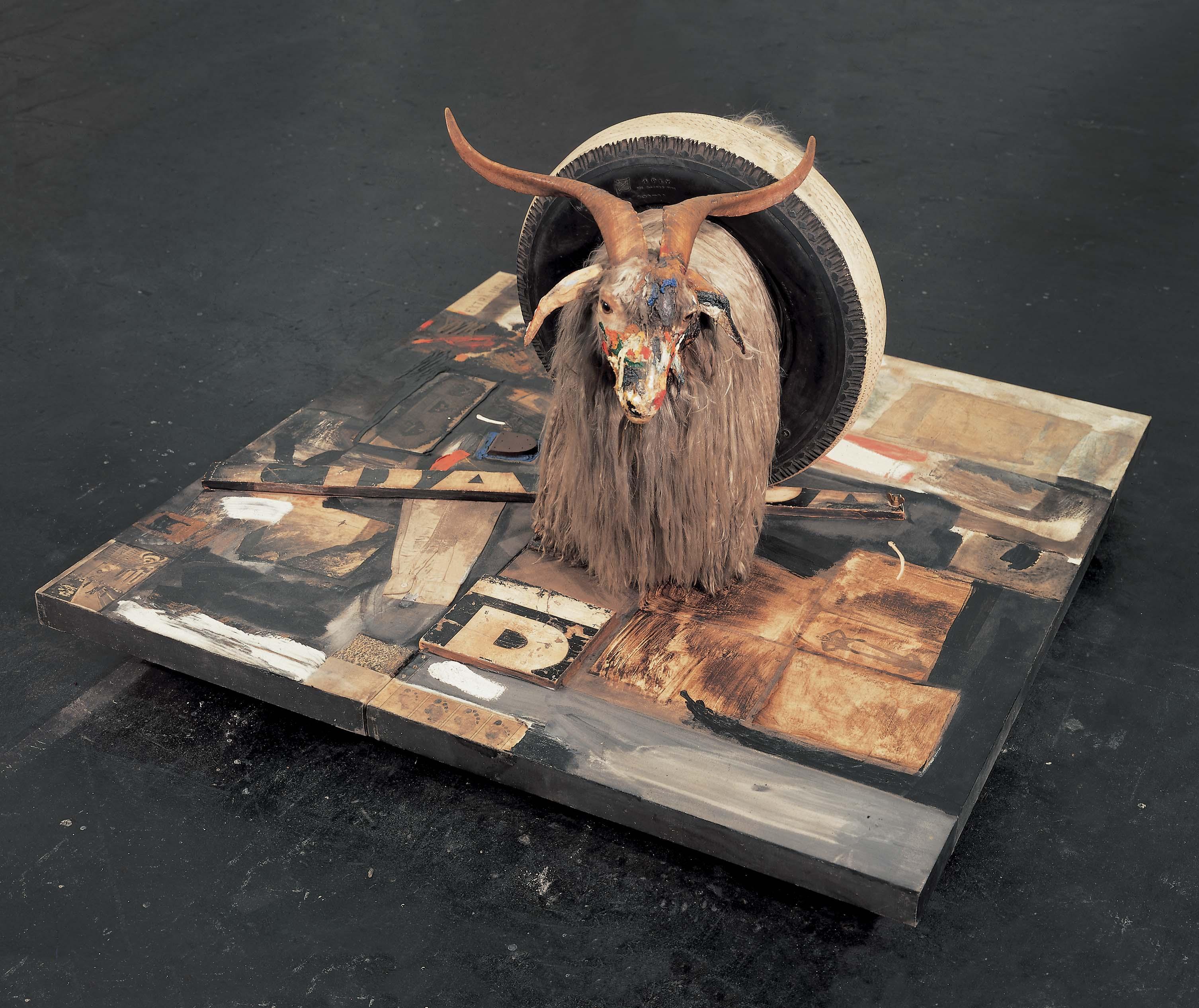 Monogram is an Abstract Expressionist Oil on Canvas, Paper and Wood Painting created by Robert Rauschenberg from 1955 to 1959. It lives at the Moderna Museet, Stockholm in Sweden. The image is © Robert Rauschenberg Foundation, and used according to Educational Fair Use, and tagged Sculpture and Goats. SourceSee Monogram in the Kaleidoscope

Is it a painting or a sculpture? Monogram pushed the art world’s buttons. In 1954, the young painter Robert Rauschenberg pushed past modernist minimalism in a ten year quest to merge two-dimensional and three-dimensional art. He began by fixing found objects to his hanging canvases, which he called combines—culminating in the tongue-in-cheek assemblage Bed.

With Monogram, Rauschenberg pushed his combines even further, moving from the wall to the pedestal. Beginning with traditional materials, an abstract painting in oil on canvas, Rauschenberg piled found objects on top of the painting to create the three-dimensional combine. Rauschenberg often acquired materials while meandering through New York City, allowing chance encounters with found objects to dictate his work. In the early 1950s, Rauschenberg purchased a stuffed angora goat from an office supply store and in a moment of absurd Dadaist inspiration, encircled it with a tire found in street trash. On top of the canvas, Rauschenberg surrounded the goat with a pasture of detritus: a tennis ball, wooden plank, and found and reproduced images.

War. The Exile and the Rock Limpet

Portrait of my Father

Untitled (Remnant from 18 Happenings in 6 Parts)