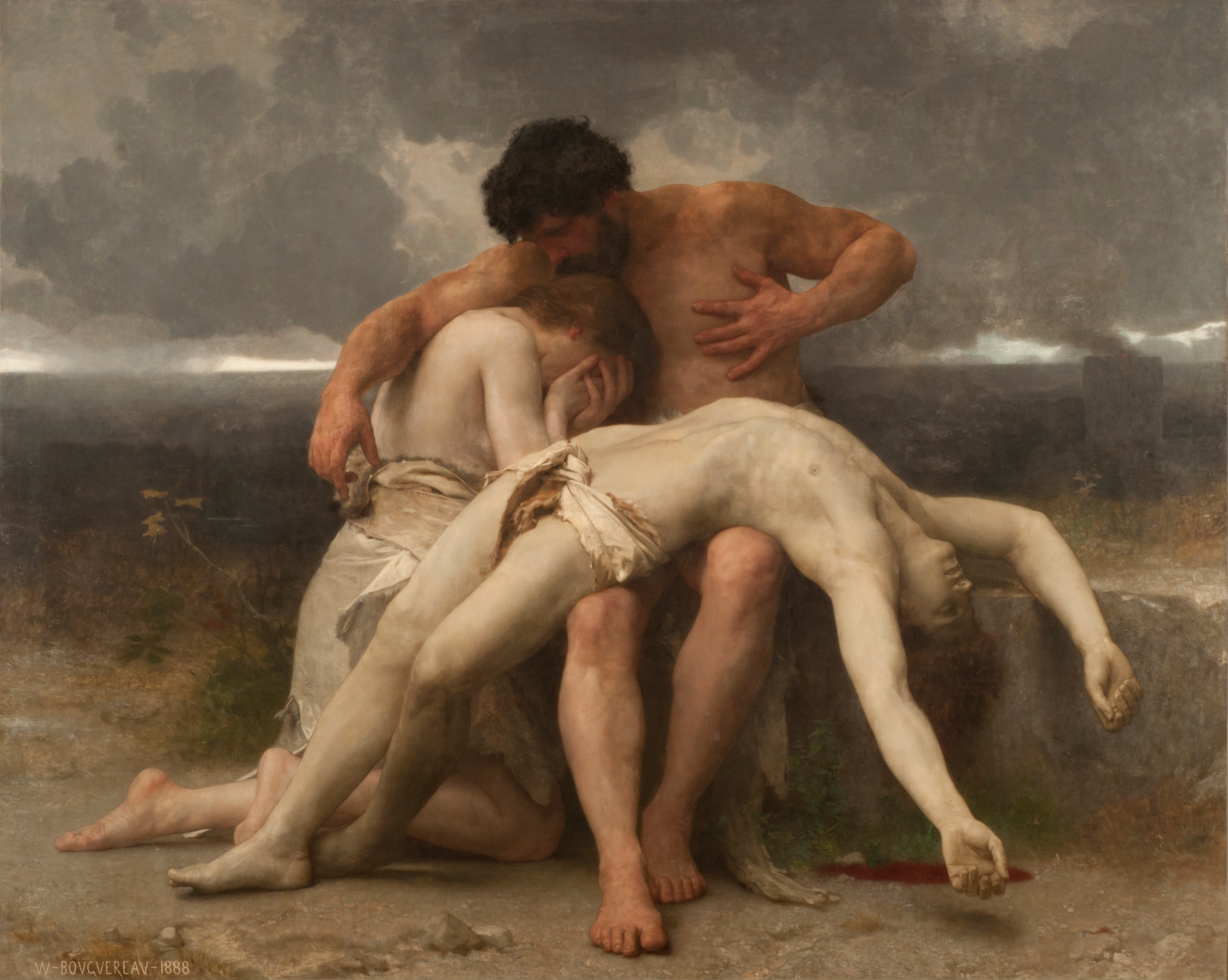 The First Mourning is an Academic and Neoclassical Oil on Canvas Painting created by William-Adolphe Bouguereau in 1888. It lives at the Museo Nacional de Bellas Artes in Argentina. The image is in the Public Domain, and tagged Adam and Eve. SourceDownloadSee The First Mourning in the Kaleidoscope

“The day came when Cain brought a gift of the fruit of the ground to the Lord. But Abel brought a gift of the first-born of his flocks and of the fat parts. The Lord showed favor to Abel and his gift. But He had no respect for Cain and his gift. So Cain became very angry and his face became sad ... And when they were in the field, Cain stood up against his brother Abel and killed him.” — Genesis 4:3-5 & 8

If you happened to grow up going to a Christian Sunday School you know the story of Cain and Able. Adam and Eve, the first people created by the Hebrew god had two sons, and the older son Cain kills his brother in a fit of jealous rage. As it is often told, the story is either a blunt caution against violence, or proof that it didn't take humans long to decide to kill each other. But this painting by William-Adolphe Bouguereau reframes the parable, showing us two parents devastated by the death of a beloved son—a pain Bouguereau only too well.

In 1877, Bouguereau’s wife, Nelly Monchablon, and their infant son Maurice died of tuberculosis. The following year he painted Adam and Eve in mourning. Low clouds and somber palette are a bleak departure from Bouguereau’s sensual, crowd pleasing academic work, and his Adam and Eve look like they will never be the same. The First Mourning is a silent painting, a breath caught before a rending sob.

The Madonna of the Lilies

Dante and Virgil in Hell

Orchard with Arles in the Background

Head of a Girl