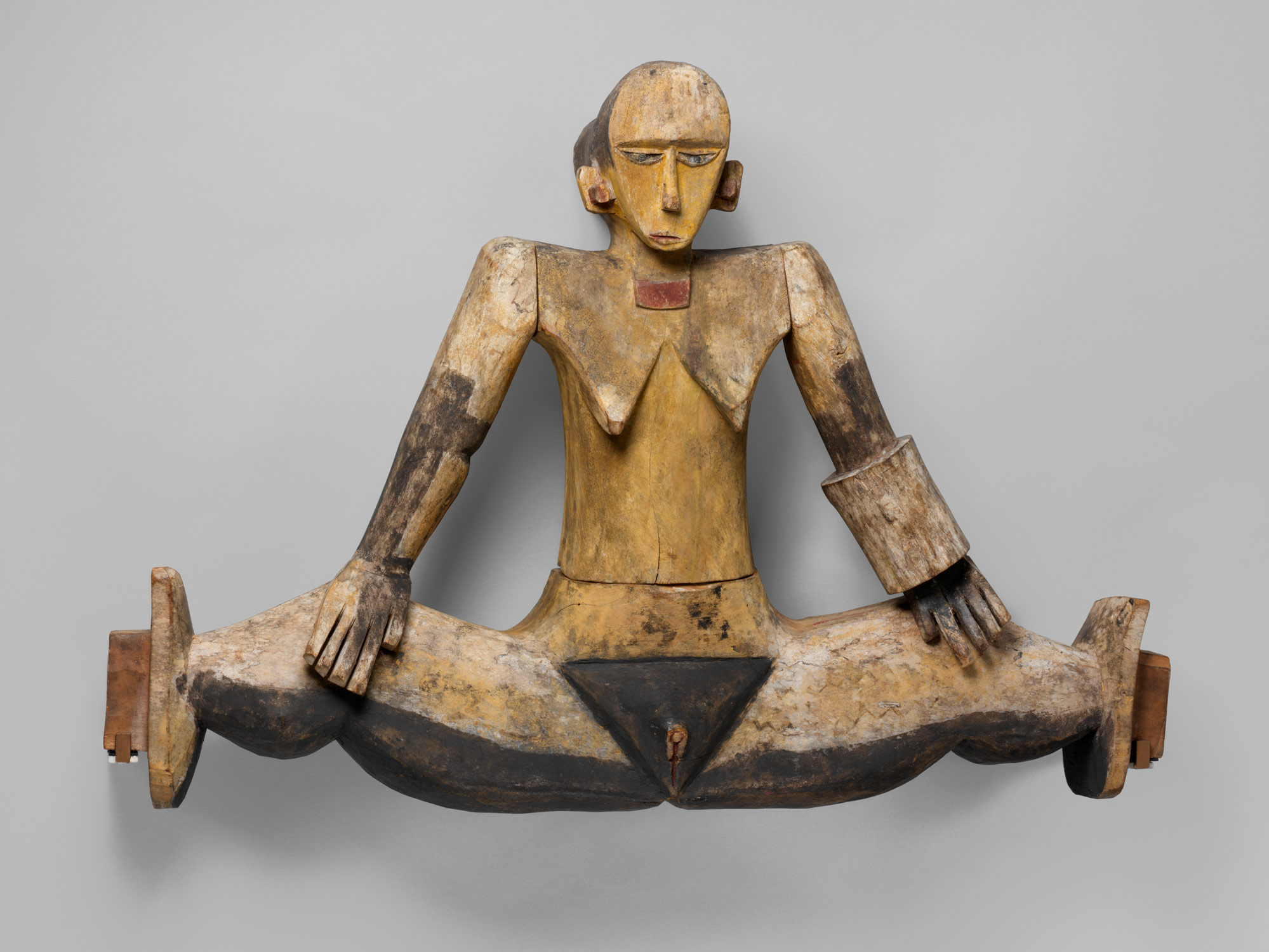 In the vast swath of islands in the Pacific Ocean called Oceania, the island nation of Palau is home to the culture of Belau. Before the influences of British and Spanish merchants and later, Japanese colonization, men of the Belau culture spent much of their time in grand meeting houses called bai. Bai had triangular brightly-colored facades, embellished with carved architectural details. Some bai were topped with a dilukái, a nude female figure, mounted above the entrance.

There are a handful of theories about what the dilukái represent. Some are mild, that dilukái are symbols of the sun and agricultural fertility—some are concerning, that an angry father tied his promiscuous daughter in such an exposed position to shame local women into chastity. Some are obscure, like the tradition that dilukái ward off troublemakers, based on a tale about the troublesome Atmatuyuk, who, forbidden by tradition to see his sister naked, was unable to enter his local bai when the village’s men put a statue of his naked sister above the door. The bai also often hosted prostitutes from nearby villages. Sometimes the best explanation is the simplest.