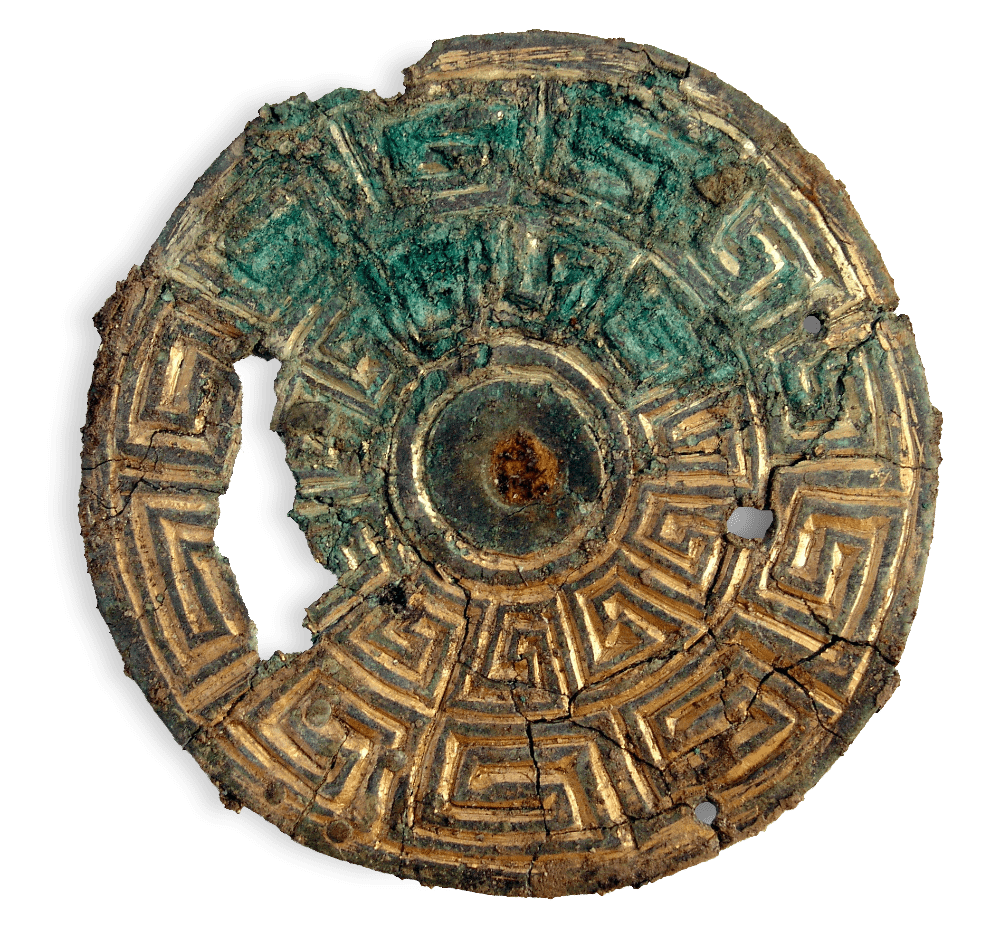 Enghøj Brooch is a Viking Bronze and Gold Sculpture created in 800CE. The image is used according to Educational Fair Use, and tagged Jewelry. SourceSee Enghøj Brooch in the Kaleidoscope

This gilded bronze brooch was discovered in the grave of a wealthy 10th century woman in Enghøj on the Jutland peninsula of Denmark. Made in the 9th century in Ireland or Scotland, the 6 cm disk once adorned a Christian reliquary before it was pillaged by Viking raiders. Less than a hundred years later, it was modified to serve as a brooch, and was brought to Denmark as part of the viking emigration.

Self-Portrait as a Sphinx