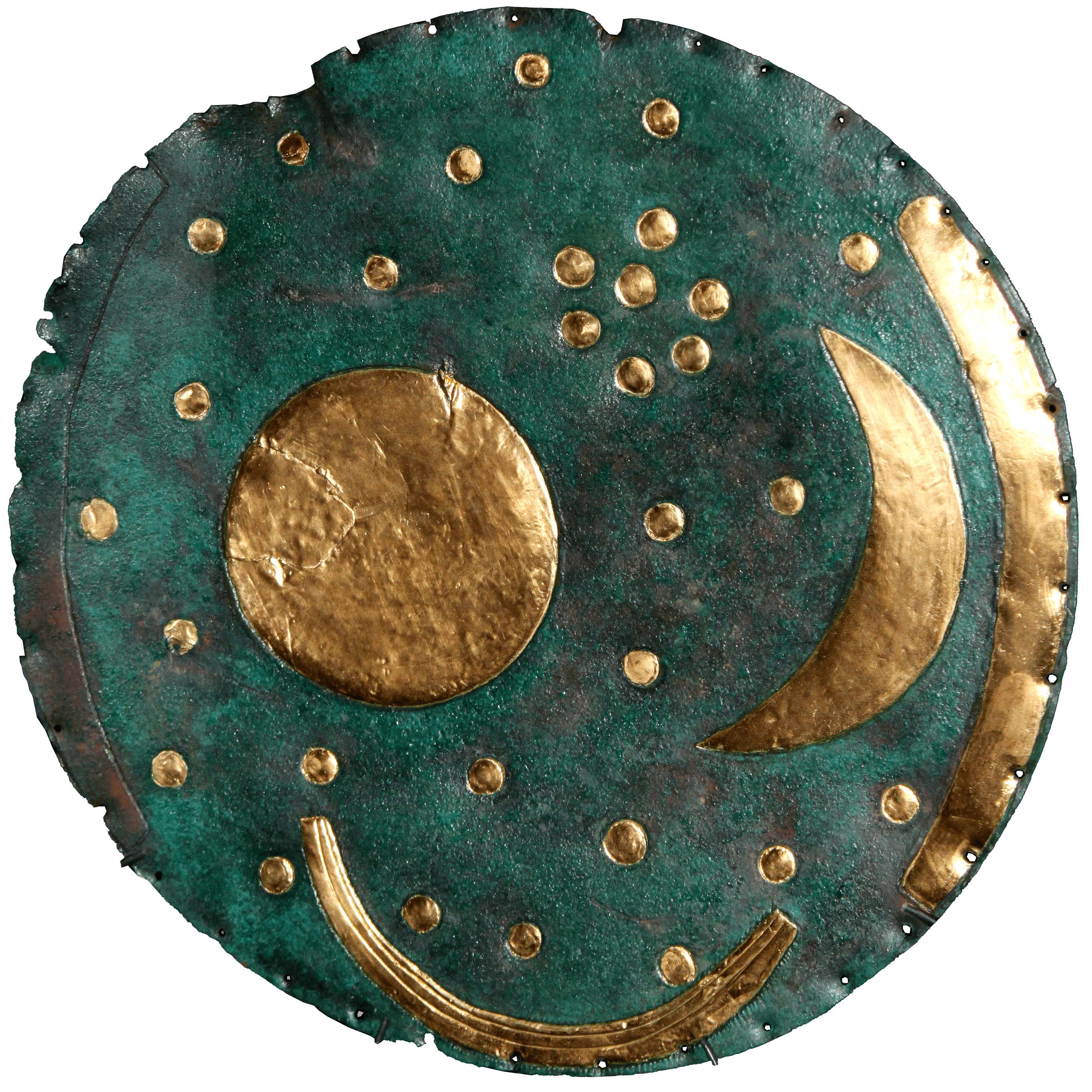 Nebra Sky Disk is a Bronze Age Gold and Bronze Decorative Artwork created in 1600BCE. It lives at the Pergamonmuseum in Germany. The image is used according to Educational Fair Use, and tagged Stars, The Moon, Heaven, Astronomy and Astrology. See Nebra Sky Disk in the Kaleidoscope

The Nebra Sky disk is one of the most enigmatic artifacts of the Bronze Age. At just over a foot in diameter, and weighing 2kg, the bronze disk is embossed with thirty-two small gold circles, a large circular gold plate, and two crescents.

As with most artifacts that have no written descriptions from the time of their creation, we have to guess at the meaning and purpose of the Nebra disk. However, the symbols on its surface provide some strong clues. The group of seven small dots roughly corresponds to the Pleiades star cluster, a common landmark in the winter night sky in the Northern Hemisphere. With the astronomical theme established, the disk and wide crescent may be the sun and moon, or full and eclipsed views of either.

The Nebra disk was discovered near Nebra, Saxony-Anhalt, in Germany with two bronze swords, two hatchets, a chisel, and fragments of spiral bracelets. The bronze swords were dated to between 1600 and 1560 BCE, and by association, the Nebra Sky disk is considered to be the oldest known depiction of the cosmos.

The Mask of Agamemnon