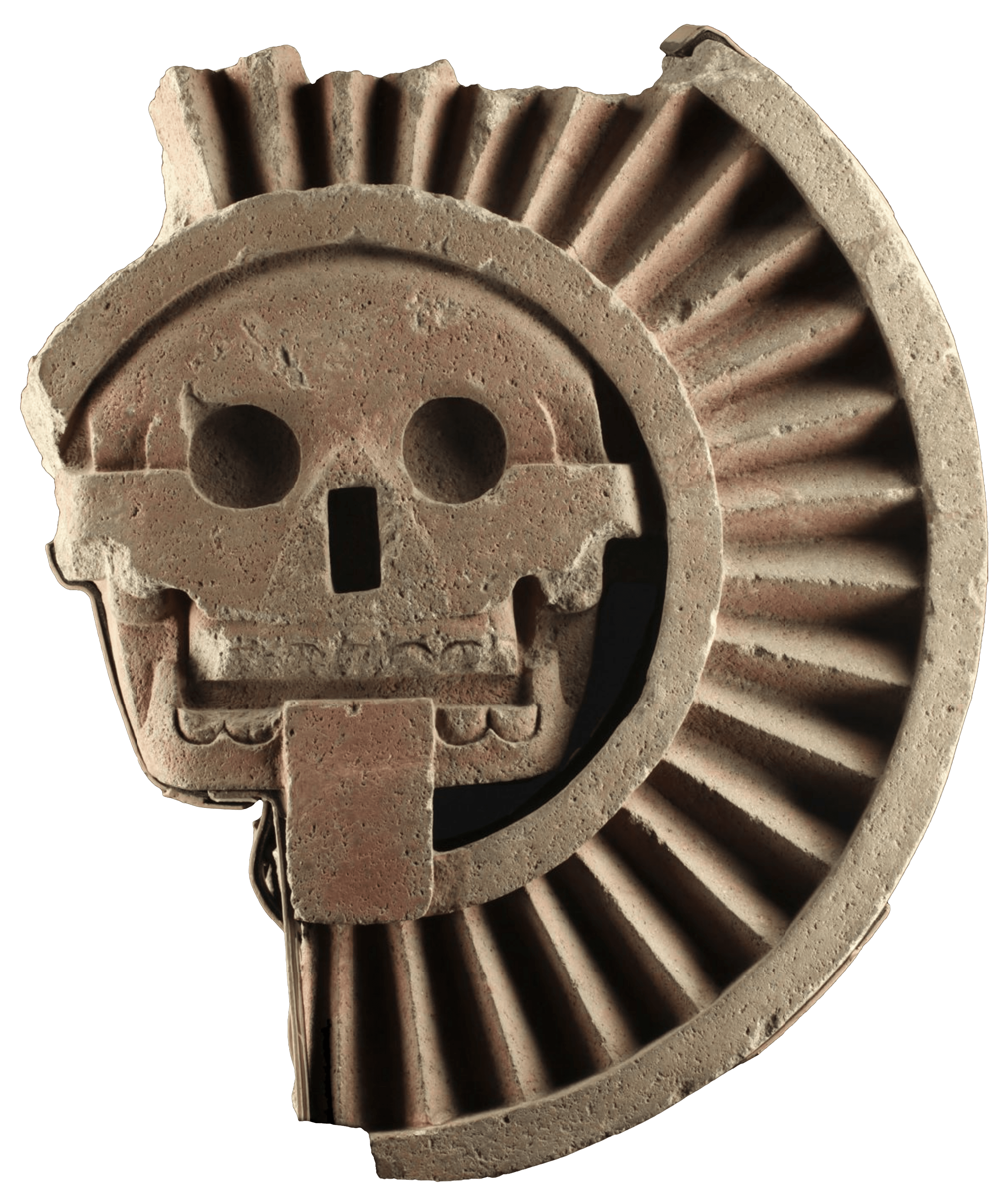 In 1964, archeologists digging in at the base of the Teotihuacan Pyramid of the Sun unearthed a massive, grinning skull wreathed in a faceted halo. The grim visage was taken to the newly opened National Museum of Anthropology in Mexico City, where it’s a collection highlight to this day.

Who is this friendly rictus? Mesoamerican mythology included many deities with skulls for faces, but this relief likely represents Mictlāntēcutli, the Aztec god of the underworld.

According to myth, Mictlāntēcutli ruled over Mictlān, the afterlife that awaited all mortals who didn't die in battle or childbirth. Mictlān was a four-year trial, where human souls descended through nine levels featuring rivers of blood, winds that cut like knives, and mountains that crash together on souls that pass between them. Souls that found their way to the last level were greeted by Mictlāntēcutli, who is depicted in sculptures as a skeleton splashed with blood, arms raised in gleeful aggression, with a necklace of human eyeballs and a mouth agape to swallow the stars as they fall from the sky.

If all this sounds like a bit much, remember that a skeletal face had a softer connotation for the Aztec, for whom death was so intimately connected with life that skulls were a symbol of regeneration, like the first flowers of spring. And though Mictlāntēcutli tore to shreds many of the souls who completed their journey through Mictlān, to some he granted eternal peace. His selection criteria is still unclear, unfortunately.

The Lion Gate in Mycenae