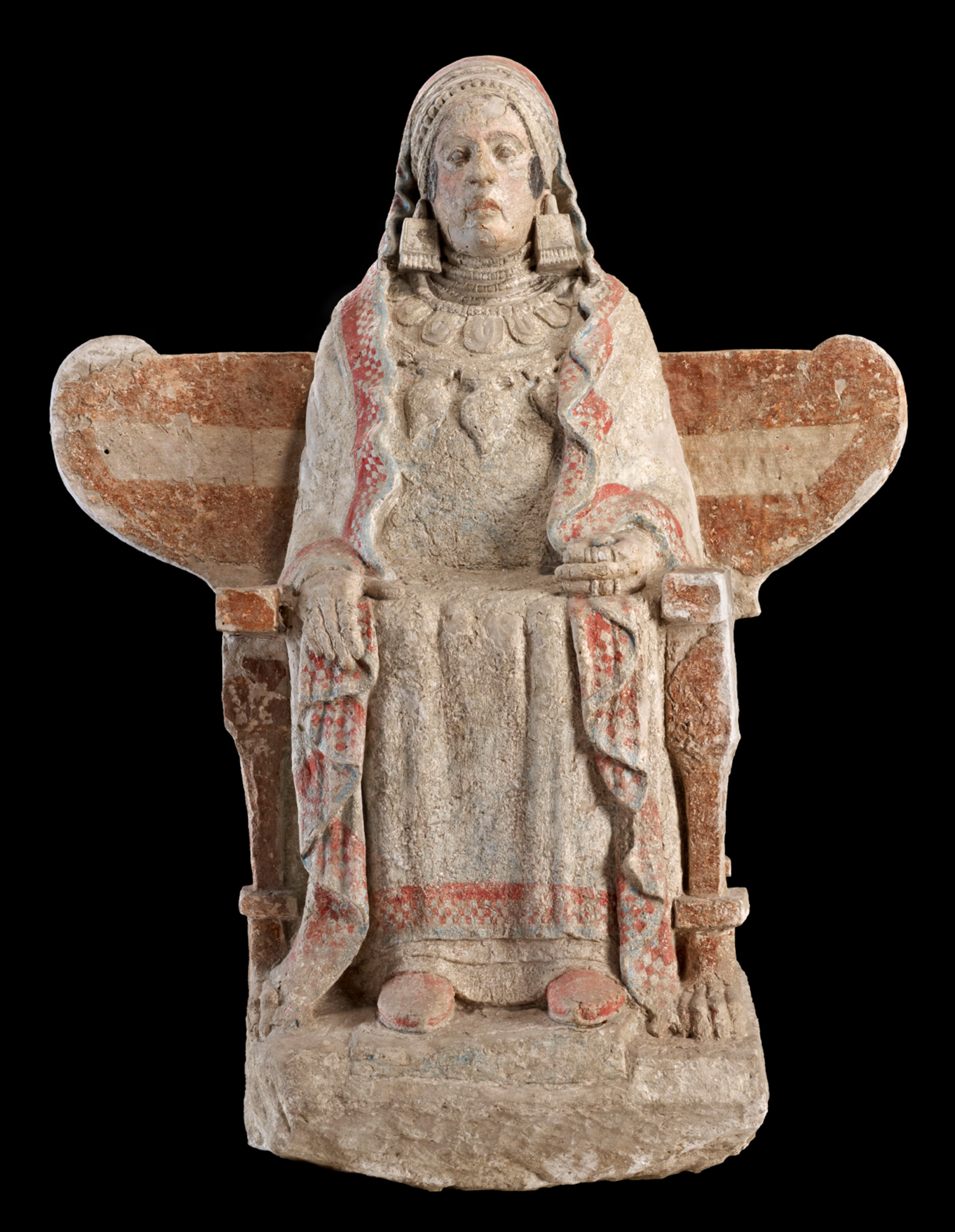 Lady of Baza is an Ancient Iberian Limestone Sculpture created in 350BCE. It lives at the National Archaeological Museum, Spain in Spain. The image is used according to Educational Fair Use, and tagged Women, Death in Art and Sculpture. See Lady of Baza in the Kaleidoscope

We don't know who the Lady of Baza was, but we can feel the weight of the symbolism that surrounds her. Discovered in 1971 by Francisco José Presedo Velo, in the high tablelands of Granada, the Lady is carved from limestone, and carries traces of stucco and painted details. The winged throne is symbolic of divinity, and in the tomb where she was found there were four sets of weapons and armor laid at her feet as offerings. She holds a pigeon she holds in one hand, which may represent a connection between the figure woman and the goddess that protects her, even in death.

Head of Man with Bows