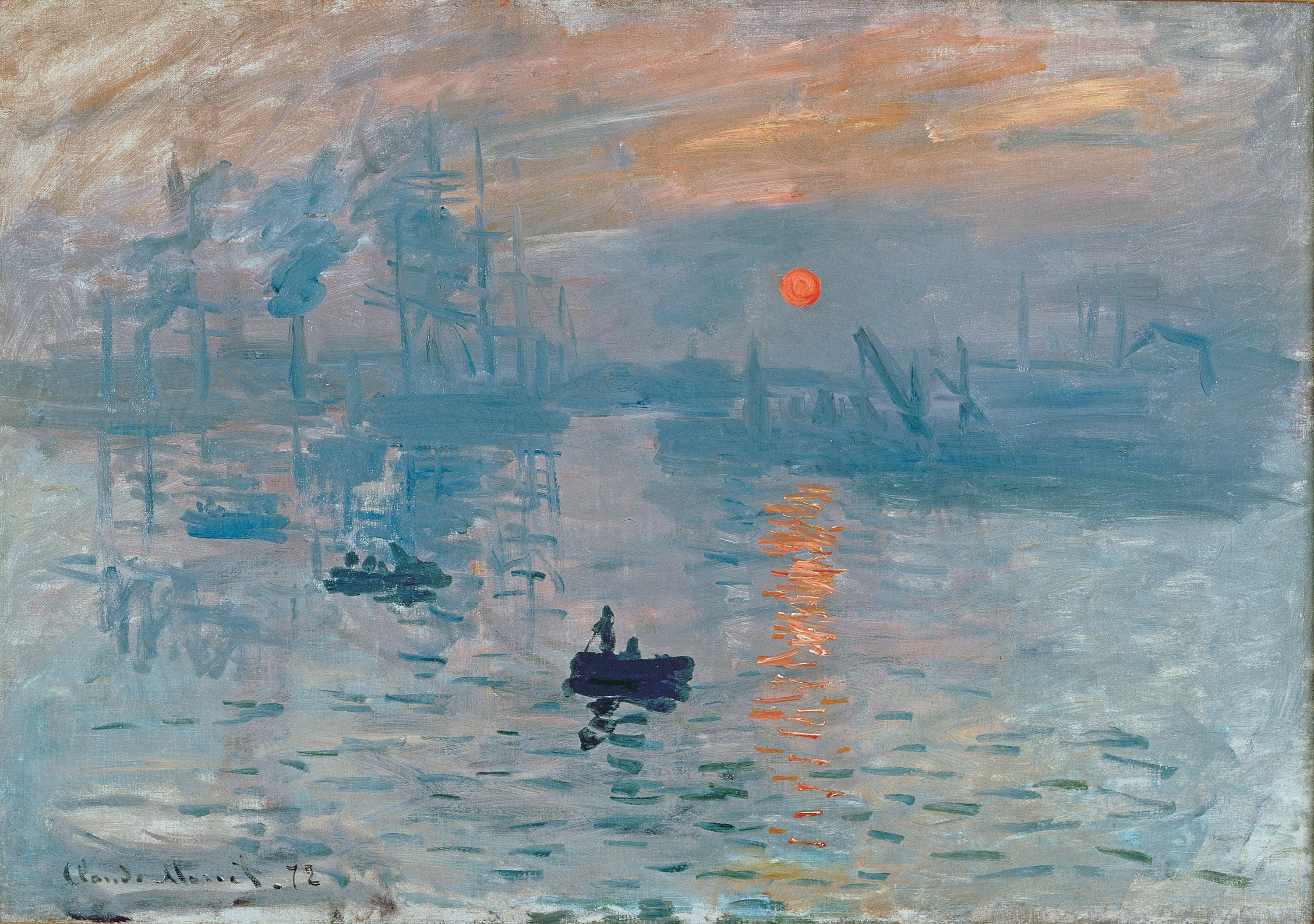 The accidental genesis of a movement

Today, Impressionism is one of the most beloved movements in Western Art. But in 1872, when Claude Monet was painting a hazy interpretation of the seaport in his hometown of Le Havre in France, the birth of a movement was far from his mind. Monet was interested in light, and threw himself into the study of reflections of light on water, with the port as his subject. In his words, Monet painted “during dawn, day, dusk, and dark and from varying viewpoints, some from the water itself and others from a hotel room looking down over the port.” It was practice—an experiment.

Two years later, Monet was organizing an independant exhibition of artists who were experimenting like him. Degas, Pissarro, Renoir, and Sisley, all contributed work painted in a new style, focused on light, and usually painted outside, thanks to the recently invented portable paint tube. When Monet was asked to name his painting, he accidentally coined a term that defined the movement. “They asked me for a title for the catalog, it couldn't really be taken for a view of Le Havre, and I said: ‘Put Impression.'”

Grainstack, Sun in the Mist

Edma with her Daughter Jeanne

Still Life with Apples and Pitcher

Still Life with Apples and Pears