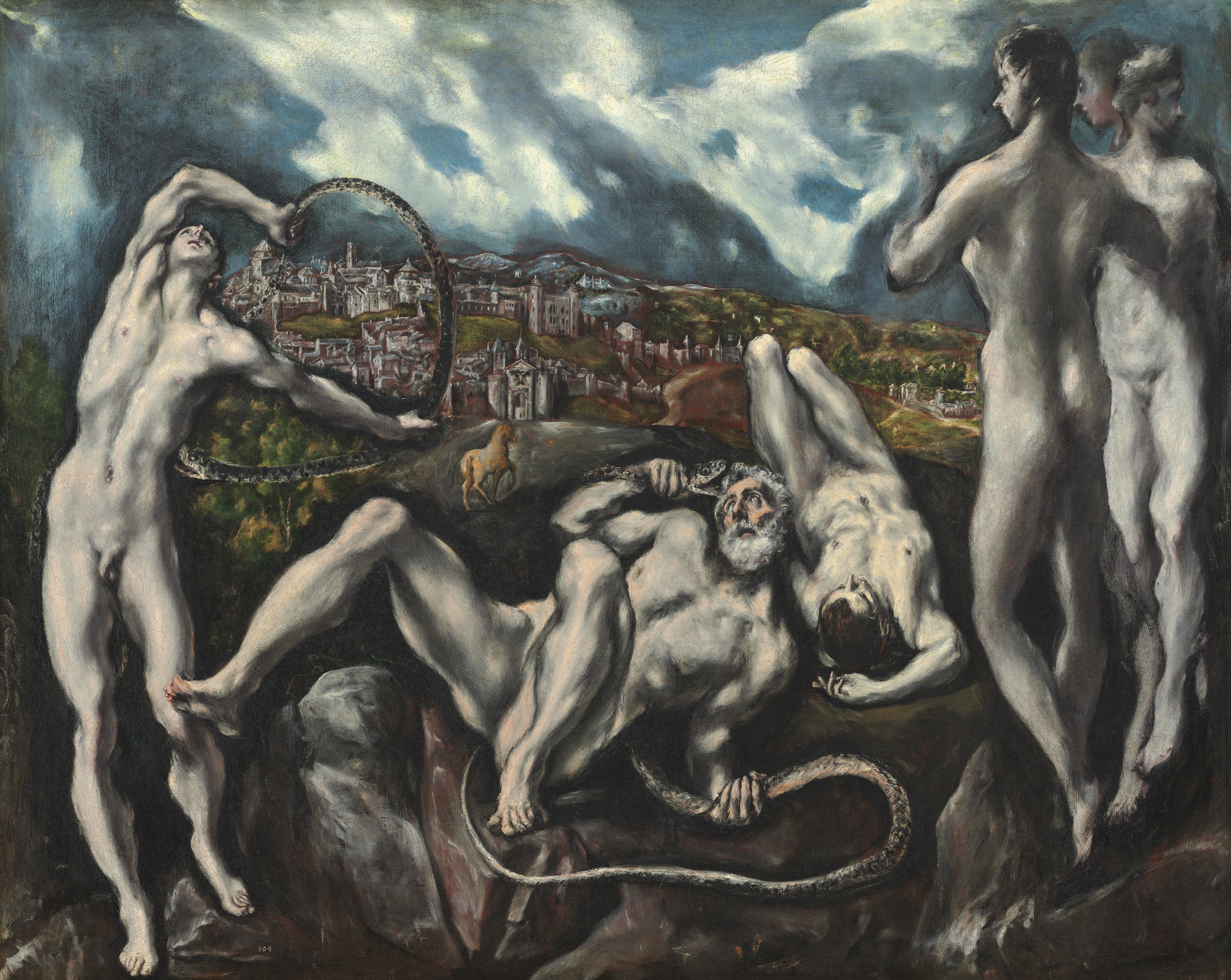 Laocoön is a Spanish Renaissance and Mannerist Oil on Canvas Painting created by El Greco from 1604 to 1614. It lives at the National Gallery of Art, Washington in the United States. The image is in the Public Domain, and tagged Fear, Death in Art and Greek and Roman Mythology. DownloadSee Laocoön in the Kaleidoscope

The gods don't screw around.

The Laocoön is a recurring theme among renaissance painters, combining Greek high-drama and violent death. The scene depicts the death of the Laocoön, a Trojan priest of Poseidon. During the Greek siege of Troy, it was the Laocoön that mistrusted the now infamous Greek horse. But the god’s were on the side of Greece, and the Laocoön’s warning earned him and his sons a cursed death by sea-snake. Rough.

El Greco’s depiction is a dark one, less classically influenced and trapped by the low clouds he often depicted over his adopted city of Toledo, Spain. The men’s contorted bodies are radically stretched in the Mannerist form, their faces tortured. The Laocoön was El Greco’s only painting of a mythological theme, and its violence and vengeful gods may reference the ravages of the Inquisition, which gripped Spain in the early 1600s.

The Nobleman with his Hand on his Chest

Portrait of the Artist's Son

View and Plan of Toledo

The Agony in the Garden

View and Plan of Toledo