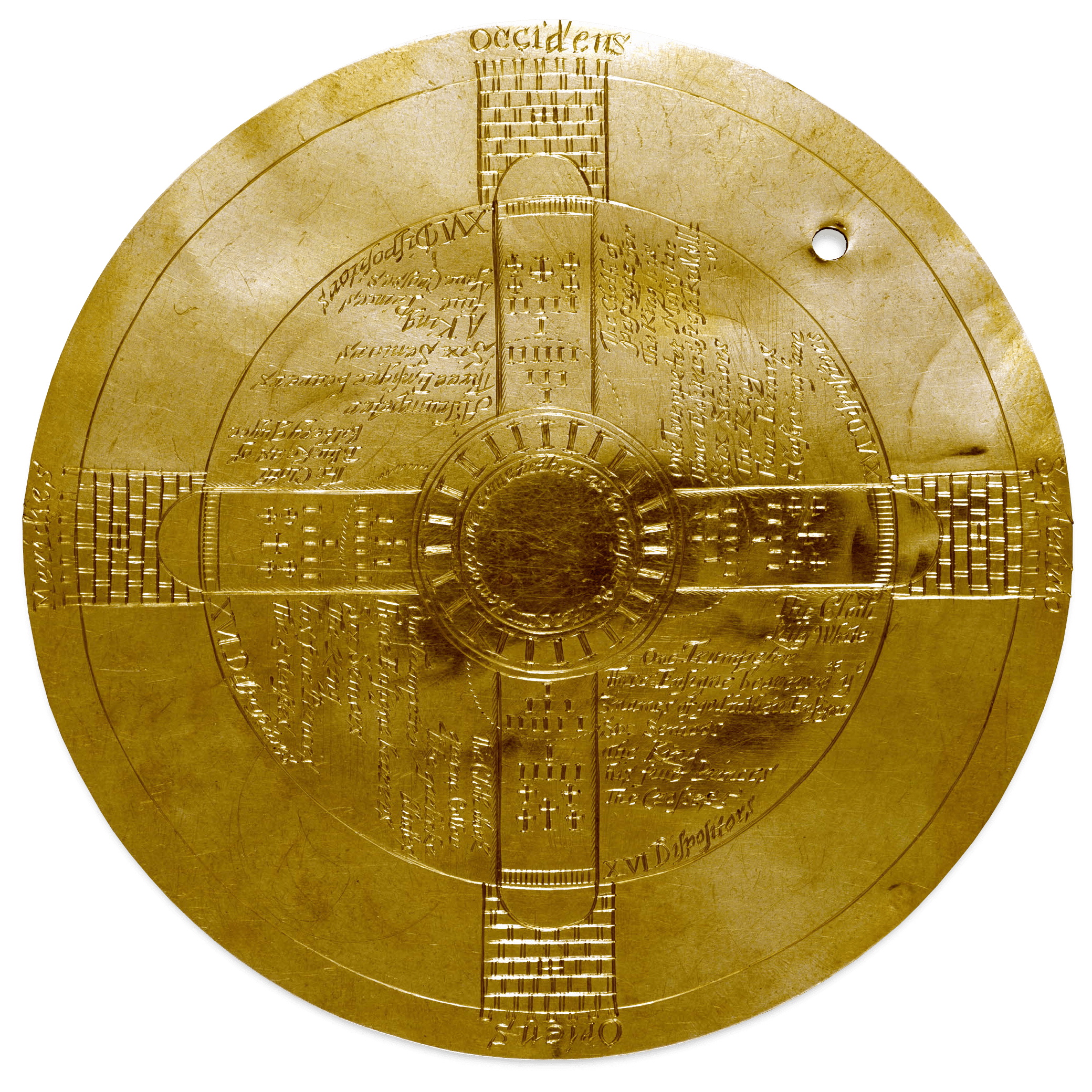 John Dee, 15th-century scientist and wizard, commissioned this gold plate made to illustrate a vision received by his scryer, Edward Kelley. The pair spent more than a decade communing with angelic beings through an Aztec obsidian mirror, but this vision came to Kelley while plagued with morning insomnia:

“East and West, North and South, stand four sumptuous and belligerent Castles, out of which sound Trumpets thrice. From every Castle, a Cloth, the sign of Majesty, is cast. In the East it is red, like new-smitten blood. In the South, lily-white. In the West, green, garlick-bladed like the skins of many dragons. In the North, hair-coloured, black like bilberry juice. Four trumpeters issue from the Castles, with trumpets pyramidal, of six cones, wreathed. Three Ensign bearers, with the names of God on their banners, follow them. Seniors, Kings, Princes as train bearers, Angels in four phalanxes like crosses, all in their order, march to the central Court, and range themselves about the ensigns.”