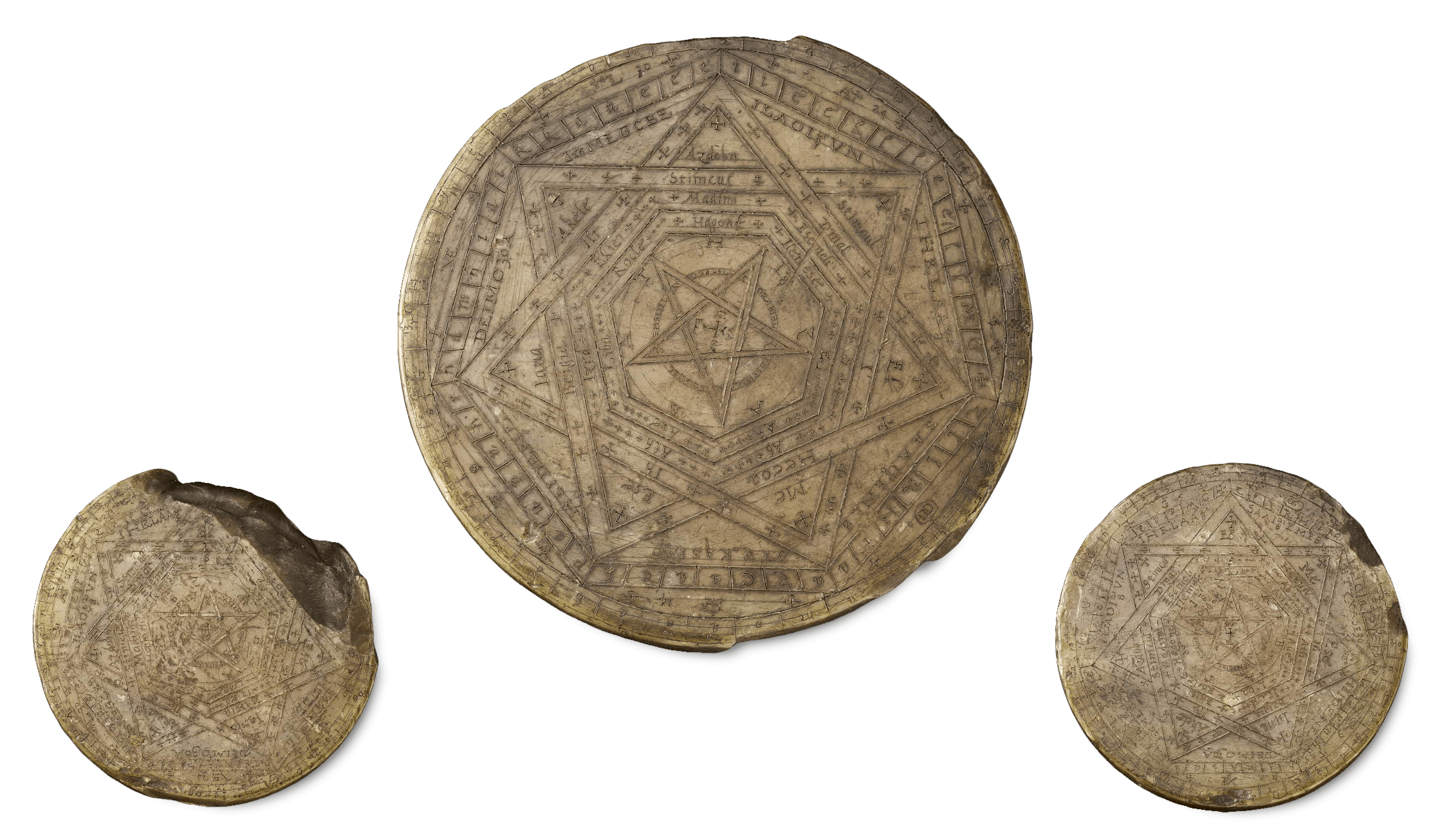 These wax disks were created by the scientist and magician John Dee, to act as the anchors for his Holy Table, a platform designed for divination and contacting angelic beings. On top of the Holy Table sat an obsidian mirror for scrying, and these wax seals were placed under each leg of the table.

Inscribed on each disk is the Sigillum Dei, or the Sigil of God, composed of two circles, a pentagram, and three heptagons. The heptagram contains the names of the seven archangels: Cafziel, Satquiel, Amael, Raphael, Anael, Michael, Gabriel, and around the edge of the seal is the 'full name of God'—72 latin letters:

The Sigillum Dei predates John Dee, who discovered it while compiling his massive library of esoteric and scientific manuscripts. Historians suspect Dee owned a copy of The Sworn Book of Honorius, a medieval grimoire dating to before 1347, which contains the earliest known use of the Sigillum Dei.

Still-life with Pear and Two Apples on a Yellow Chair

The Nobleman with his Hand on his Chest