Christ in the House of His Parents 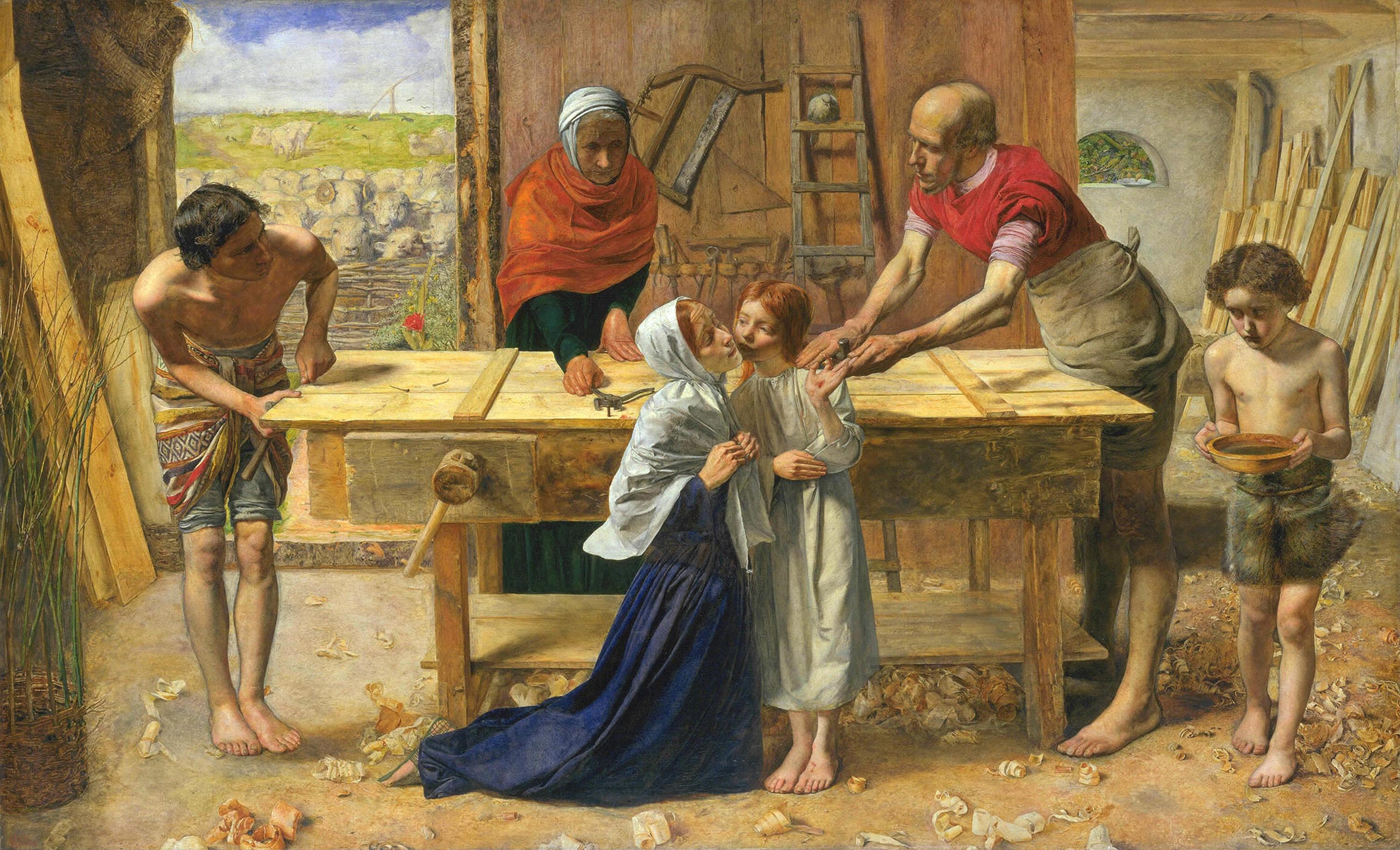 Millais’s painting Christ in the House of His Parents was met with extreme criticism when first exhibited because of its realistic depiction of a carpentry workshop, with dirt and detritus on the floor. This was in dramatic contrast to the familiar portrayal of Jesus, his family, and his apostles in costumes reminiscent of Roman togas. Charles Dickens penned a bitter and sardonic review, excerpted below:

“You behold the interior of a carpenter’s shop. In the foreground of that carpenter’s shop is a hideous, wry-necked, blubbering, red-headed boy, in a bed-gown, who appears to have received a poke in the hand, from the stick of another boy with whom he has been playing in an adjacent gutter, and to be holding it up for the contemplation of a kneeling woman, so horrible in her ugliness, that (supposing it were possible for any human creature to exist for a moment with that dislocated throat) she would stand out from the rest of the company as a Monster, in the vilest cabaret in France, or the lowest ginshop in England. Two almost naked carpenters, master and journeyman, worthy companions of this agreeable female, are working at their trade; a boy, with some small flavor of humanity in him, is entering with a vessel of water; and nobody is paying any attention to a snuffy old woman who seems to have mistaken that shop for the tobacconist’s next door, and to be hopelessly waiting at the counter to be served with half an ounce of her favourite mixture. Wherever it is possible to express ugliness of feature, limb, or attitude, you have it expressed. Such men as the carpenters might be undressed in any hospital where dirty drunkards, in a high state of varicose veins, are received. Their very toes have walked out of Saint Giles’s.

Got questions, comments or corrections about Christ in the House of His Parents? Join the conversation in our Discord, and if you enjoy content like this, consider becoming a member for exclusive essays, downloadables, and discounts in the Obelisk Store.

King Cophetua and the Beggar Maid

The Wheel of Fortune

Still Life with Flowers and a Cricket

The Burial at Ornans