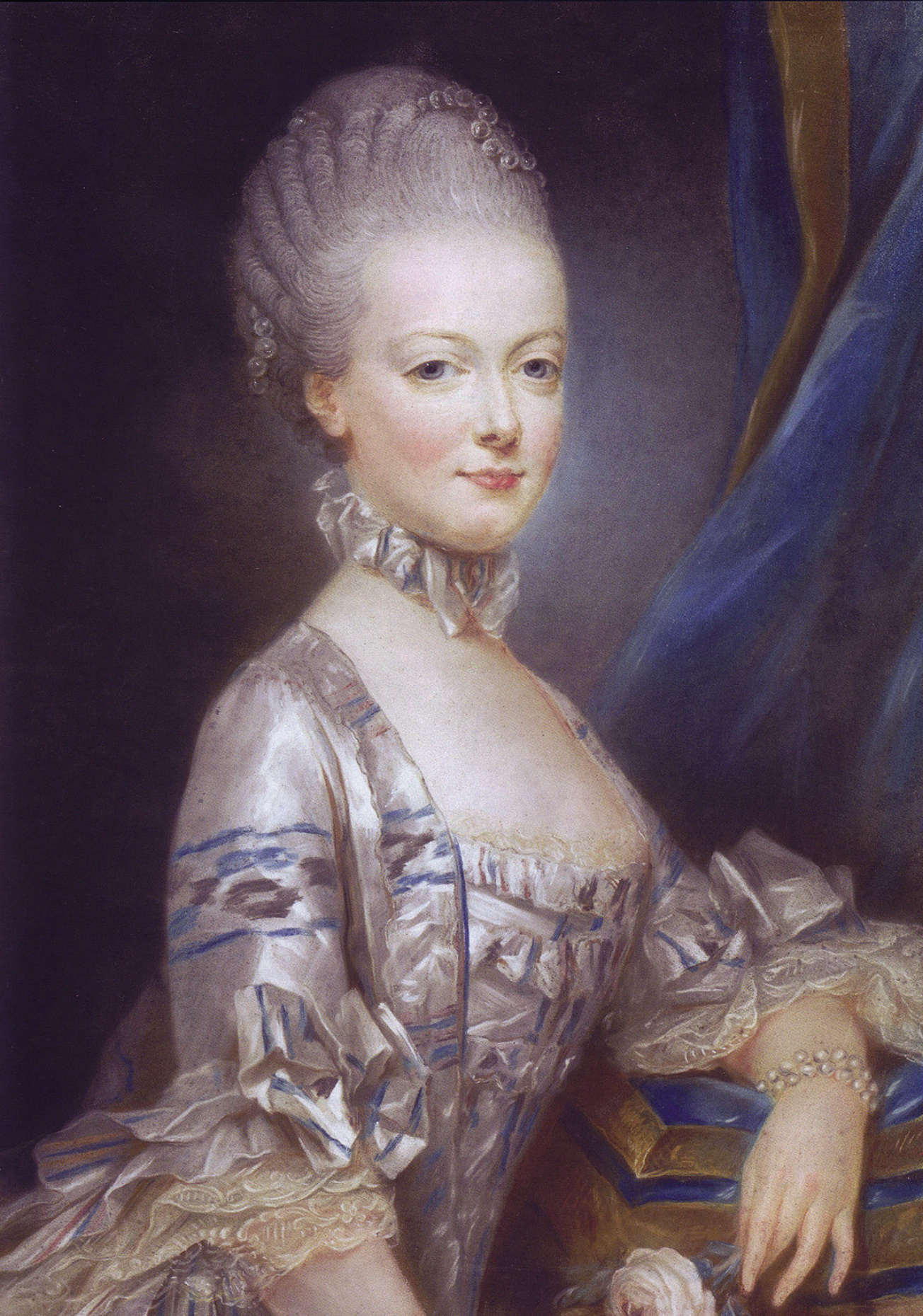 This portrait’s full title is Archduchess Maria Antonia of Austria, the later Queen Marie Antoinette of France. The formality of the portrait is due to the fact that it was a royal teaser. In 1769, Joseph Ducreux traveled to Vienna to paint Maria Antonia, who was planned to marry Louis XVI of France. Ducreux’s portrait was the first glimpse Louis XVI had of his wife to be. The portrait was a success, and Ducreux was made a baron and premier peintre de la reine (First Painter to the Queen).

Self-portrait in Surprise and Terror

Portrait of the artist's mother, Ms. Anne Ducreux b. Béliard

The Education of the Children of Clovis

Man with the Cat — Portrait of Henry Sturgis Drinker

Horse Attacked by a Lion