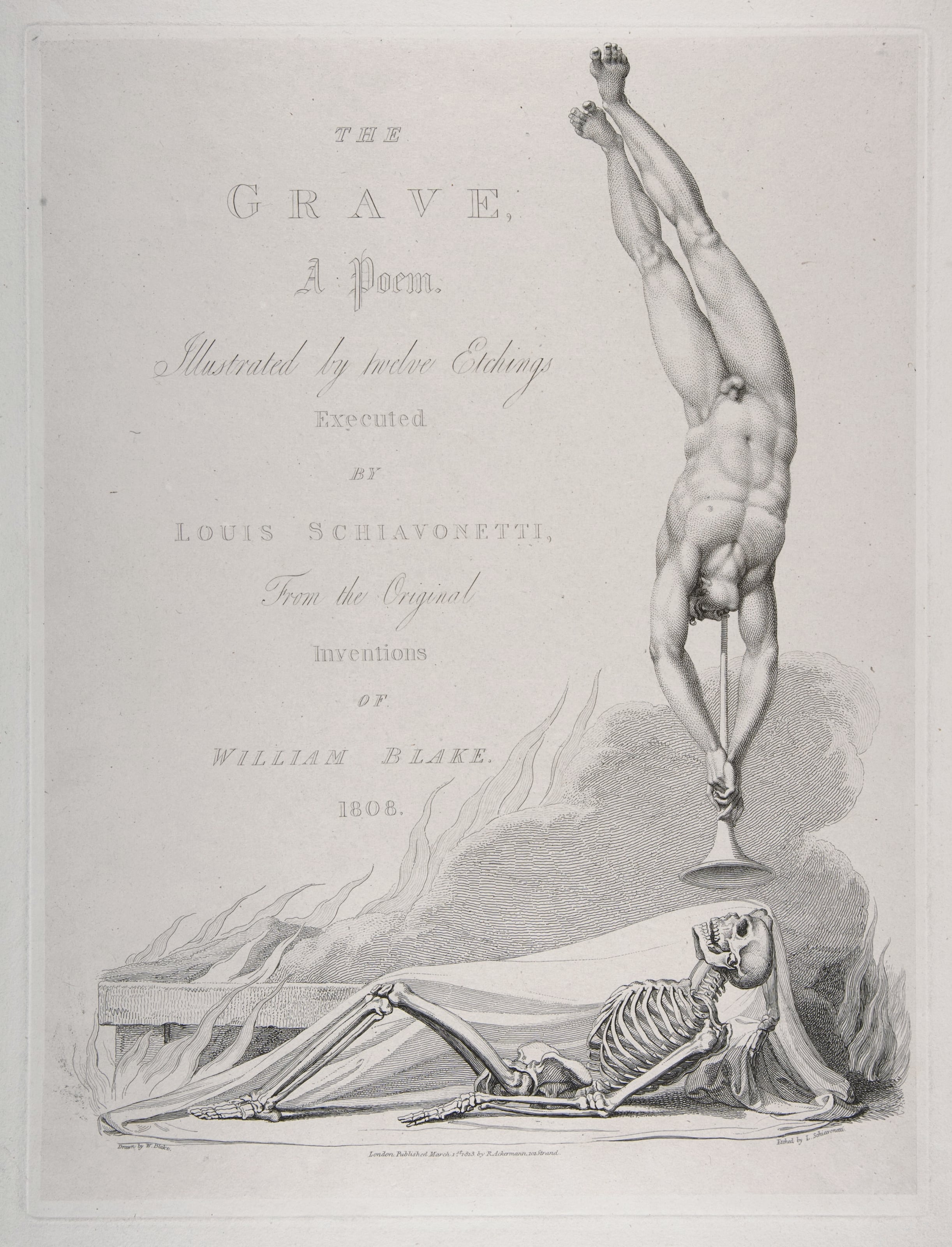 This emotive skeleton was drawn by William Blake when he was 56. The drawing was one of forty, commissioned by Robert H. Cromek to illustrate “The Grave,” a deeply overwrought poem by scottish poet Robert Blair. You can read the full poem here, but I particularly like the lines:

O’er all those ample deserts Death hath spread,
This chaos of mankind! O great man-eater!
Whose every day is carnival, not sated yet!
Unheard-of epicure, without a fellow!

Blake’s process began with quick sketches in watercolor, blocking out compositions and figures, then moving on to detailed drawings to be reproduced as engravings, to be used for mass printing. Transfer engraving was a lucrative industry at the time, and Blake lost the commission to engrave his own illustrations after he sent Cromek an example using white-line engraving, where ink was printed from the surface of the plate rather than from within the etched lines. The result was dramatic, but the technique was unpopular, and Cromek hired Italian transfer artist Luigi Schiavonetti to engrave the set. As you can tell from the image above, Schiavonetti was a pro.

The Great Red Dragon and the Woman Clothed in Sun

Angel of the Revelation

The Angel Appearing to Zacharias