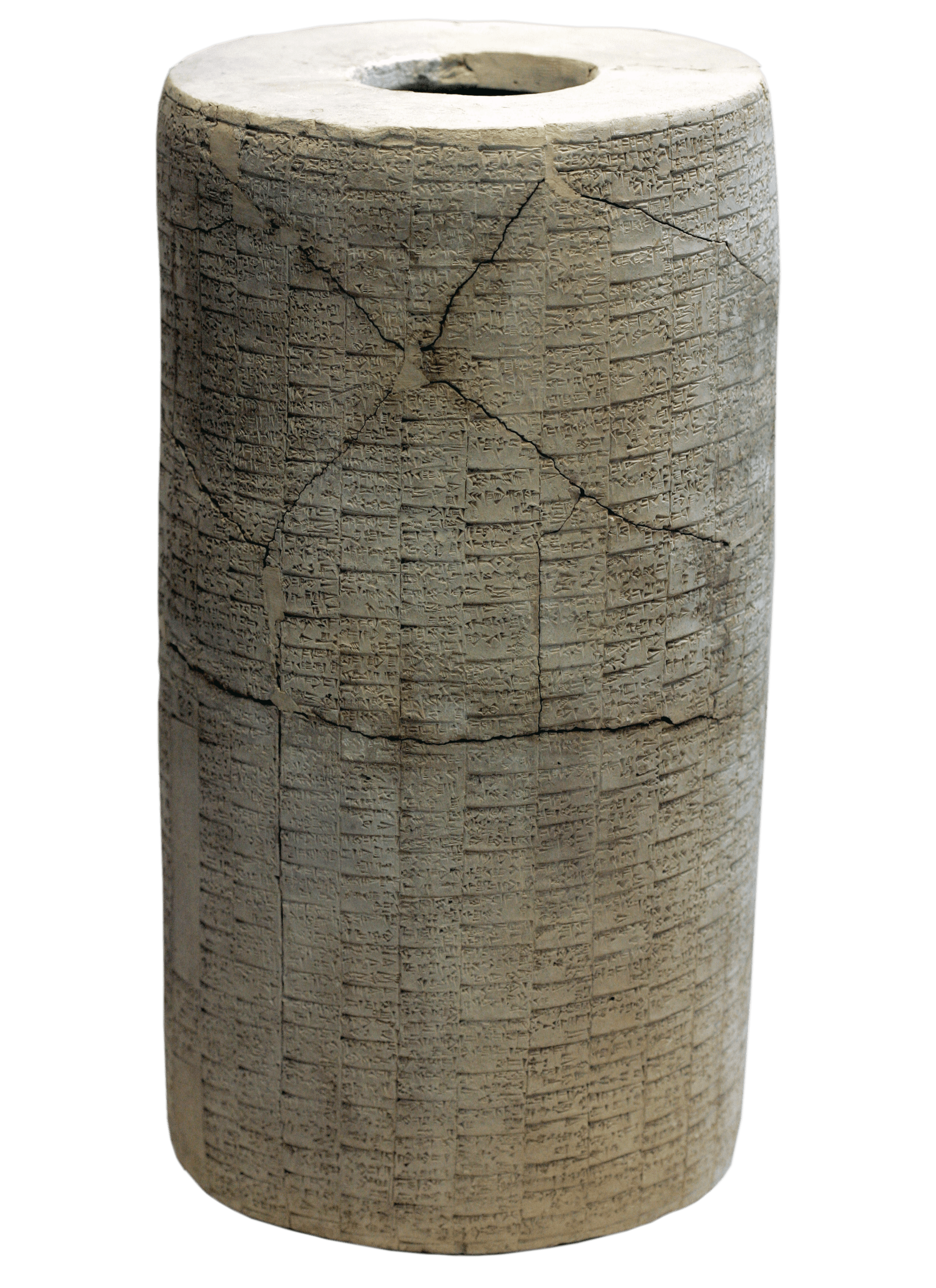 Gudea cylinders is a Mesopotamian Clay Artifact created in 2125BCE. It lives at the Musée du Louvre in Paris. The image is used according to Educational Fair Use, and tagged Worship, Artifact and Cuneiform. SourceSee Gudea cylinders in the Kaleidoscope

The Gudea cylinders are a pair of terracotta cylinders dating to circa 2125 BC, which are inscribed in cuneiform with the Sumerian myth The Building of Ningursu’s temple. The cylinders were made by Gudea, the ruler of Lagash, and were found in 1877 during excavations at Telloh (ancient Girsu), Iraq and are now displayed in the Louvre in Paris, France. They are the largest known cuneiform cylinders and contain the longest extant text written in the Sumerian language. The translated story of The Building of Ningursu’s Temple is powerful story of vision and divine inspiration, and can be read here in two parts:

Clay Nails, a Treaty of Fraternity

Prologue to Law Code of Hammurabi