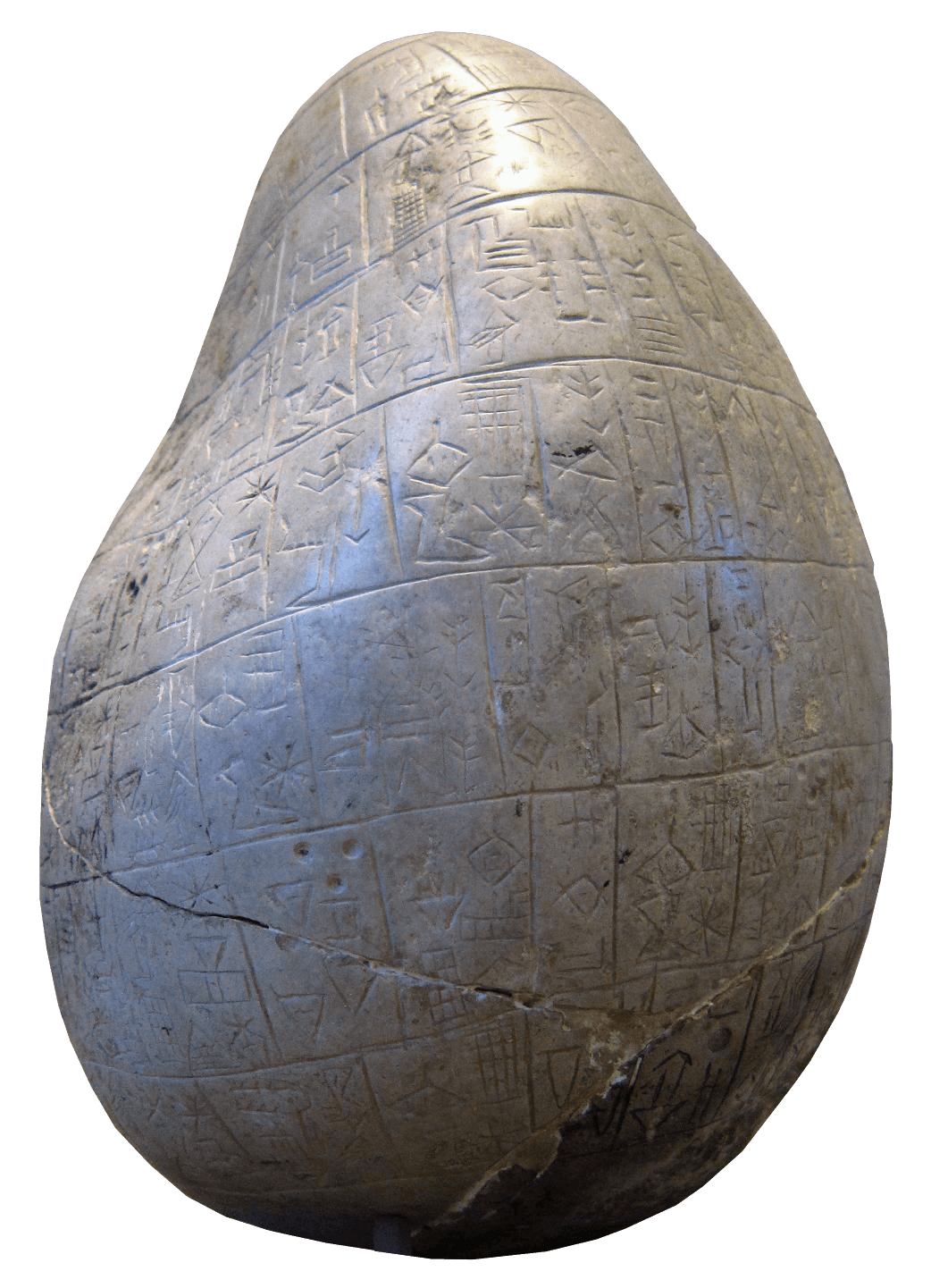 [A polished boulder inscribed to Eannatum, describing the blessings and wisdom the gods had blessed him with.]

for Ningirsu, {the city of} Girsu he restored.
The walls of the Holy City he built for him.
For Nanshe, the {city of} Nigin he built.

Before Eanatum,
the one nominated by Ningirsu,
all the lands trembled.

At that time, Eanatum,
Eanatum being his own name
while his Tidnu(?) name is Lumma,
for Ningirsu a new canal he dug,
and “Good Like Lumma” he named it.

Eanatum, a man subject to the word of Ningirsu,
because Eanatum, the ruler of Lagash,
by Inanna was loved,
together with the rulership of Lagash
the kingship of Kish she gave to him.

Before Eanatum, Elam trembled,
and the Elamite he sent back to his land.

Kish trembled before him.
The king of Akshak he sent back to his land.

Eanatum, the ruler of Lagash,
the subjugator of the many foreign lands of Ningirsu,
Elam, Subartu, and Uru
via the Carp Water (canal)
he defeated.

Kish, Akshak, and Mari
via the Antasura of Ningirsu
he defeated.

Eanatum, a man subject to the word of Ningirsu,
whose (personal) god is Shul-MUSHxPA,
the palace Tirash he built for him.

Got questions, comments or corrections about The Eannatum Boulder? Join the conversation in our Discord, and if you enjoy content like this, consider becoming a member for exclusive essays, downloadables, and discounts in the Obelisk Store.

Head of a Ruler

Stele of the Vultures - Historical Side