A Sufi Sage, The Personification of Melancholia 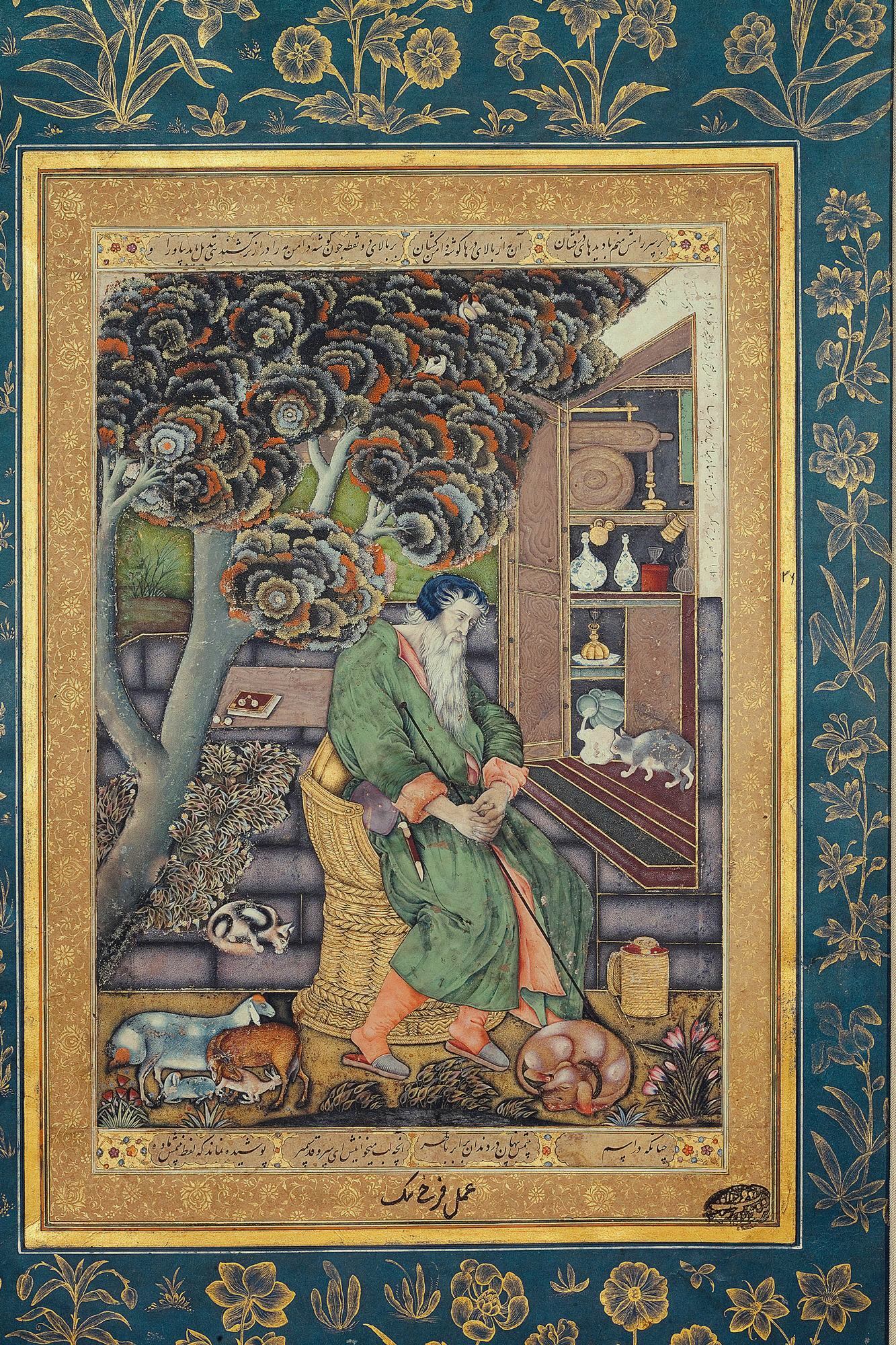 The Sufi sage was painted near the end of Farrukh Beg’s long career. Its an autobiographical image of an old man lost in thought, eyes downcast and faced away from the bloom of nature behind him. The work was inspired by a game of continental ‘telephone,’ Farrukh interpreting an engraving by Dutch artist Raphael Sadeler, who worked from Maarten de Vos’s Dolor, which was inspired in part by Dürer’s Melancholia.

metmuseum.org: A Sufi Sage, After the European Personification of Melancholia
Read More

Sufis in a Landscape

Portrait of the Elephant 'Alam Guman

Self-portrait as a Female Martyr

Sketch for The Lion Hunt