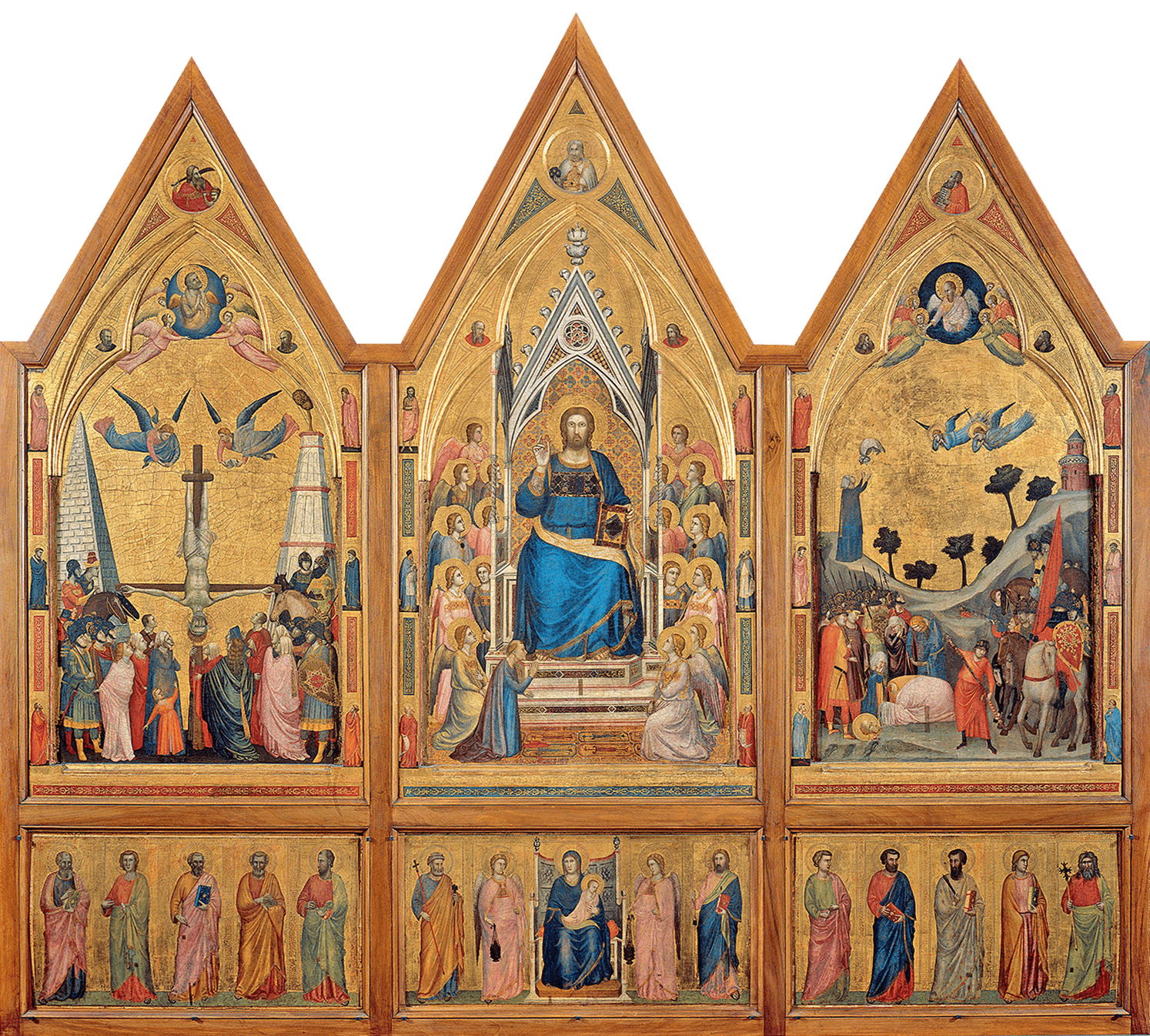 Stefaneschi Triptych is a Gothic Tempra on Panel Painting created by Giotto di Bondone in 1320. It lives at the Pinacoteca Vaticana in Italy. The image is in the Public Domain, and tagged Jesus Christ, Triptych, Altarpieces and Shaped Canvas. DownloadSee Stefaneschi Triptych in the Kaleidoscope

In 1305, Pope Clement V moved the home of the Roman Catholic Church from Rome, to Avignon in France—a controversial move that eventually caused a split in the church called the Western Schism. During this political turmoil, Cardinal Giacomo Stefaneschi commissioned Giotto to create a glorious altarpiece for the church of St. Peter’s in Rome. The altarpiece is painted front and back, with the center panel depicting St. Peter on the front and Christ on the back. Stefaneschi himself is depicted on both sides, kneeling at the right foot of both Peter and the Christ. Though the altarpiece is signed by Giotto, it may have been completed by his workshop.

The Mourning of Christ

The Entombment of Mary

The Mourning of Christ