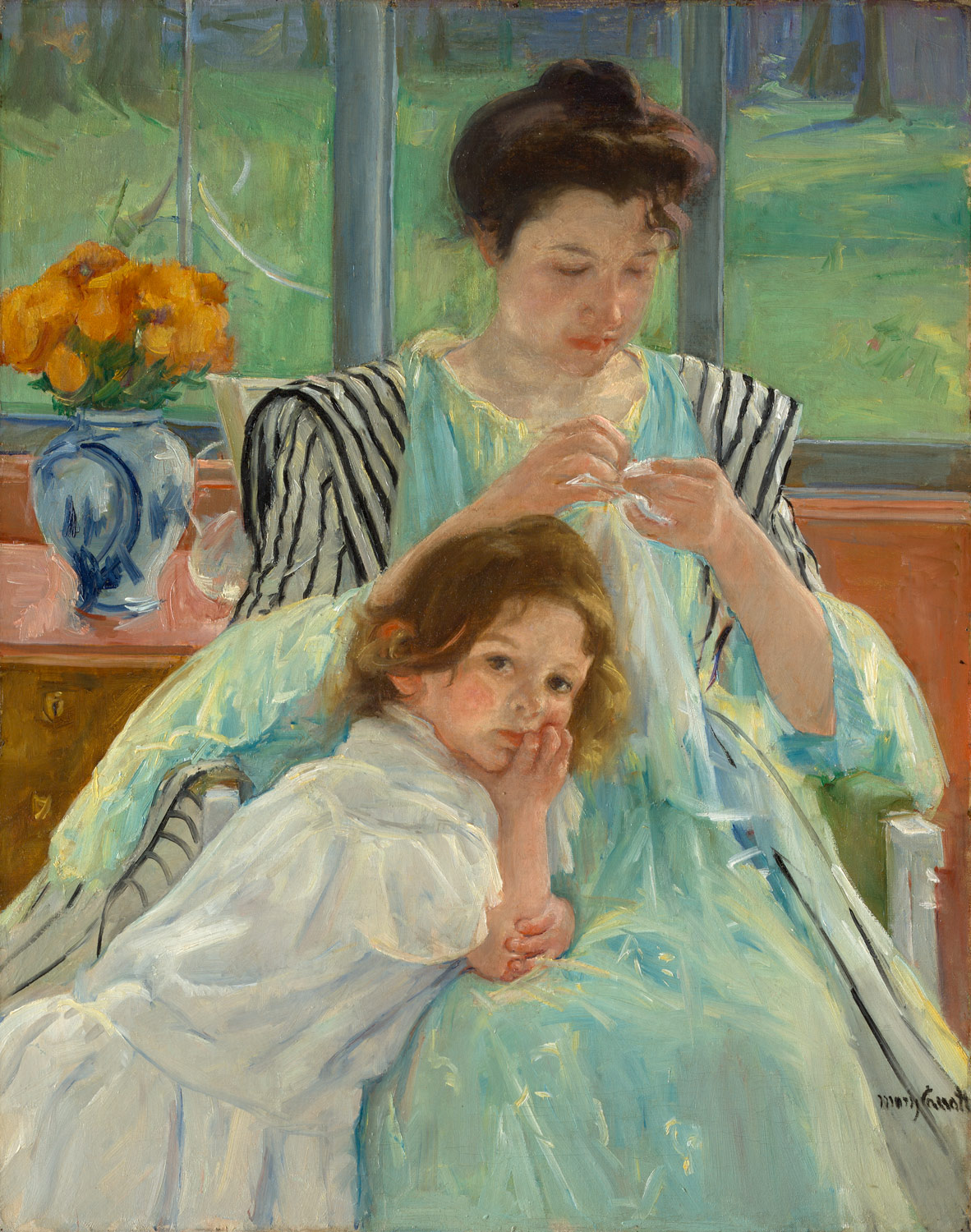 Young Mother Sewing is an Impressionist Oil on Canvas Painting created by Mary Cassatt in 1900. It lives at the Metropolitan Museum of Art in New York. The image is in the Public Domain, and tagged Family, Women, Children and Flowers. DownloadSee Young Mother Sewing in the Kaleidoscope

“Look at that little child that has just thrown herself against her mother’s knee, regardless of the result and oblivious to the fact that she could disturb ‘her mamma.’ And she is quite right, she does not disturb her mother. Mamma simply draws back a bit and continues to sew.”


This quote is from Louisine Havemeyer, noted New York feminist and influential collector of Impressionist art at the turn of the century. Havemeyer met Mary Cassatt while living in Paris, and purchased this work and others by Edgar Degas, Manet and Corot during her stay. It’s a testament to Cassatt’s life-like portraiture that this young mother and child were unrelated. Cassat often hired models to reproduce seemingly organic domestic scenes. Makes sense—anyone with a child knows that kid would never stay put long enough to be immortalized on canvas.

Portrait of the Artist

Denise at Her Dressing Table

Winter (Woman with a Muff)

Walk on the Beach

Symphony in White no 1: The White Girl