Self-portrait at the Dressing Table 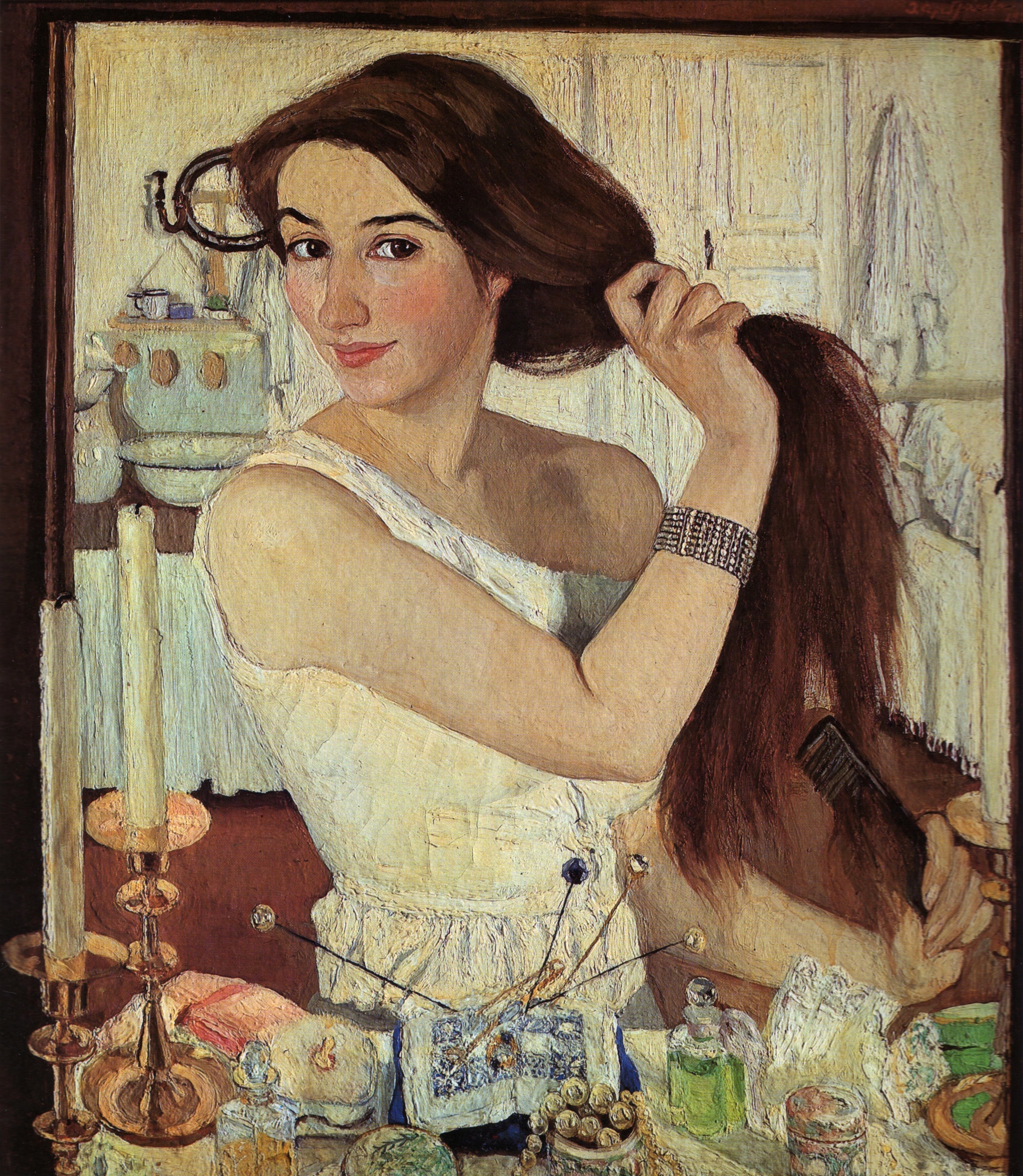 Zinaida Serebriakova would've thrived in today’s era of the beauty influencer. Stuck inside during a snowy winter in the small village of Neskuchnoye in what is now the Kharkiv Oblast in Ukraine, Serebryakova took to painting and drawing the small bottles and tins and hairpins that littered her dressing-table. This humble practice culminated in Self-portrait at the Dressing Table, an intimate and self-aware study that launched her career as an artist.

Serebryakova’s family was extremely artistic. Her grandfather was a famous architect, her uncle Alexandre Benois a famous painter and critic, her father Yevgeny a well-known sculptor and her brother Eugene a polymath artist and designer. So it was little surprise that by seventeen Serebryakova had enrolled in art school and studied under the famed Russian realist Ilya Repin, and over the next 8 years spent time in Italy, practiced portraiture with artist Osip Braz, and studied in the Parisian art school Académie de la Grande Chaumière.

Back to the dressing table. Serebryakova is 25, bored, artistic, and stuck inside—and as we learn from the self-portrait that emerged from her winter isolation, beautiful in an oddly contemporary way. Serebryakova combs her long dark hair in a gesture so well-observed and naturalistic that it feels almost photographic. The composition is framed by her dressing room mirror, as a result she locks eyes with the viewer. One eyebrow is arched as if to acknowledge the viewer’s intrusion into the intimate scene. It’s a lovely self-portrait that sparks with a sly humor.

It was exactly the right painting for the time and place, catapulting Serebryakova into the public eye and the critics’ hearts. Gaining its first exposure at the 7th exhibition of the Union of Russian Artists in Saint-Petersburg, At the Dressing-Table was immediately purchased by the Tretyakov Gallery in Moscow, where it remains to this day. Critical praise occasionally slanted condescending, like portraitist Valentin Serov calling the work a “very cute and fresh thing,” Serebriakova’s uncle Alexandre captured it best, saying the portrait “gave to the Russian public such a wonderful gift, such a ‘smile from ear to ear,’ that one cannot fail to thank her for that.”

Got questions, comments or corrections about Self-portrait at the Dressing Table? Join the conversation in our Discord, and if you enjoy content like this, consider becoming a member for exclusive essays, downloadables, and discounts in the Obelisk Store.

Ballerinas In The Dressing Room