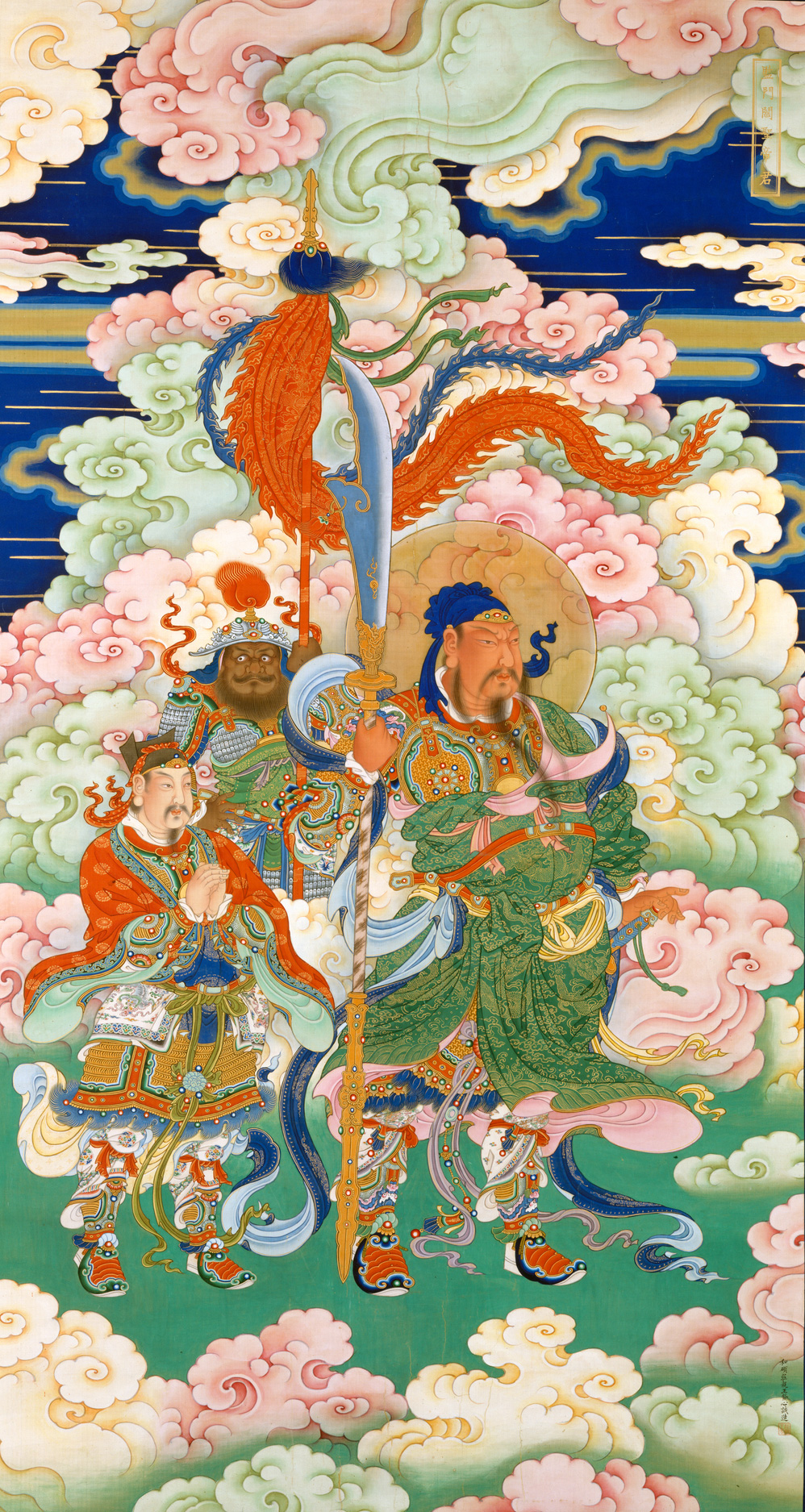 Emperor Guan is a Qing Dynasty Ink, Silk and Gold Leaf Drawing created in 1700. It lives at the Metropolitan Museum of Art in New York. The image is in the Public Domain, and tagged Clouds and Emperors. SourceDownloadSee Emperor Guan in the Kaleidoscope

We don’t know who created this vivid, otherworldly portrait, but its subject is Guan Yu, descending from heaven. Guan was a Han dynasty warrior who died in 219 CE, and was posthumously elevated to the status of Emperor. Guan became a venerated symbol of courage and faithfulness, honored by the Manchu rulers in shrines throughout China.

Portraits of Emperor Qianlong, the Empress, and Eleven Imperial Consorts

Orchard with Arles in the Background

Still Life of Flowers on a Table Ledge

Still Life with Flowers and a Cricket